The reduction of customs duty on newsprint to 5% in the Union Budget will provide an impetus to the print industry which is bleeding because of shrinking of ad revenue and high operational cost. Owners of top newspapers tell BestMediaInfo.com that the duty cut would provide them with a much-needed breather 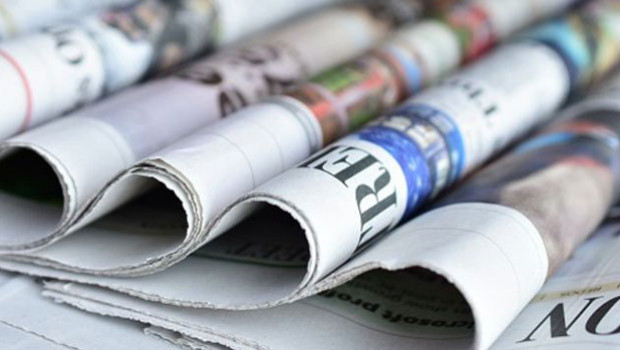 Acknowledging that India’s newspaper industry is going through a difficult phase, the Narendra Modi government has decided to reduce the customs duty on imported newsprint from the existing 10% to 5%.

In her budget speech in Parliament on Saturday, Finance Minister Nirmala Sitharaman said, “In the previous budget, basic customs duty of 10% was imposed on newsprint and lightweight coated paper. However, since then I have received several references that this levy has put additional burden on print media at a time when it is going through a difficult phase. I propose to reduce basic customs duty on import of newsprint and light-weight coated paper from 10% to 5%.”

Earlier, there was no import duty on newsprint but in last year’s budget the government had imposed a 10% duty.

In the last one year, the newspaper industry had made several representations to Sitharaman, requesting her to withdraw the duty.

Reacting to the announcement, Girish Agarwaal, Promoter Director, Dainik Bhaskar Group, told BestMediaInfo.com, “The print industry has been seeking a withdrawal of this duty introduced in the last budget, considering the lack of domestic capacity to fulfil the industry’s demand, thereby making imports imperative. Nonetheless, the 50% reduction is a positive move as it will ease the burden on newsprint cost, which is a key cost component for the print industry.”

Agarwaal said the import duty cut would allow them to invest more in editorial resources, “In an otherwise challenging business environment, this reduction will prove helpful and may be channelised into increasing content and strengthening editorial credibility that will ultimately benefit the readers.”

India’s print industry is going through its toughest phase as all newspapers have seen their revenue and profitability shrinking sharply. In the last one year, the hike in newsprint prices because of additional duty along with low ad spend resulted in a stressful situation as several print editions were shut down.

India’s second largest media company HT Media Ltd, which is listed on the BSE, has been posting losses for the last two quarters of this fiscal. The company was in losses in the last financial year as well. Other listed companies such as Dainik Jagran and Dainik Bhaskar aren’t doing any better as well. India’s largest print media company BCCL (Times group) is also seeing a downward trend in its revenue. The company in the current fiscal has already taken several measures to reduce the operational cost.

Elaborating on the positive impact of the government announcement, Utkarsh Sanghvi, Partner, Indirect Tax, Media & Entertainment, EY India, said, “Currently, the newsprint cost for any publication is around 30% of the total operational cost. So a 5% reduction on the 30% of the overall cost would mean substantial gains for the publishers.”