Advertising or subscription: What works best for digital news publishers

Global publications such as the New York Times and The Wall Street Journal have shown the way to Indian publishers when it comes to maximising digital revenues through a healthy mix of subscription and ad-based models. But can such a model work in India’s highly programmatic revenue-based market? BestMediaInfo.com analyses

Running a digital newsroom is highly cost-intensive. The costs aren’t just on editorial but massive investments are made at regular intervals in technology and improving user experience.

The digital arms of media houses such as Times of India, The Indian Express, The Hindu and The Hindustan Times have invested a lot in their digital operations in the last few years.

With sustained efforts, these outfits, along with others, have gained substantial traffic, which is already being monetised through programmatic advertising, direct sales deals and branded content. But the publications have realised that giving content for free doesn’t make sense anymore, neither economic nor behavioural.

Hence, all of them are trying to put a certain percentage of their content behind the paywall. And to go by the global experience, publications such as New York Times and Wall Street Journal have succeeded pretty well in garnering millions of paid subscribers on digital. India-based publishers are now following suit in the same pursuit.

But in their zeal to chase subscribers, the platforms might be risking programmatic business as users in India are still not comfortable in paying for content and usually avoid visiting sites that have content behind paywall. Business Standard saw a major drop in its web traffic when it put its content behind paywall. Just to add a perspective, programmatic advertising, which is a factor of the unique traffic that the site gets, still contributes between 30% and 40% of the total revenue of several digital publications. 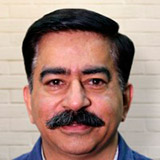 According to Sanjay Sindhwani, CEO, The Indian Express (Digital), if digital publishers have to succeed, they need to have a healthy mix of all revenue streams. “The digital news business will have to have multiple revenue streams. Subscriptions alone will not suffice, as the higher you price your products, fewer will be the number of people willing to pay for it, and vice-versa. The optimum pricing model will be the point at which subscriber base scale and advertising reach will maximise the overall revenue. This point will be different for different publishers in different markets. So advertising, content marketing, content commerce and subscriptions/ consumer payments will be the pillars for the digital news media to create a sustainable growth model.”

Sindhwani quoted how NYT Digital made more money from subscriptions in FY-2018, than it did from advertising, but then in that market the same was true for their print product as well. In fact, the ratio of ad revenue to subscription revenue for digital was about 65%, while the same for print was about 47%, as per 2018 financials.

Brand solutions and branded content is going to be a bigger driver for growth, according to Gurjot Shah Singh, Senior VP and National Media Head, Dentsu Webchutney.

“With the increasing trust and maturity of digital, advertisers are now willing to experiment and work out customised brand solutions and, on the other hand, ready to partner for a longer duration with publications. In my view, this should fuel the business growth,” he said. 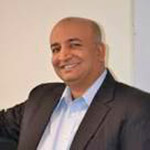 TIL is looking at a better balance between subscription and advertising, rather than trying to build subscription as the biggest stream. Gautam Sinha, CEO, Times Internet, said, “Quality, depth and relevance of our content are key to our long-term strategy. Subscription will increasingly have better penetration. Some publications will have a better propensity to drive subscriptions than others. We will balance monetisation between the two models, i.e. ad and subscription.”

About the possibility of building a strong subscription case, Vivek Bhargava, CEO, DAN Performance Group, gives full marks to exclusivity. “Subscriptions generally work when content is exclusive. Today, we are paying for Hotstar/ Prime and Netflix because the content is exclusive to each of them. That is not the case in news content. Very few publishers have the depth required that will solely create a viable model only through subscriptions—in most cases it will have to be a combination of ad and subscription.”

Can donations be a sustenance stream?

News publishing online has gone a little far, as many of these publications call for donations from readers to continue their operations. We wonder if this is even a business model. Call it donations or subscription; is this going to be the biggest driver then?

Citing examples from the West, Sindhwani opined, “There are global precedents calling for ‘donations’, but we will have to see how it pans out in India. I would say news sites with strong political affiliations could see donations work for them. Similarly, if one supports certain causes, there could be some money.”

Bhargava is a firm believer that if a publication focuses on a certain cause, then donations and profitability should not be an issue. Citing his personal examples, he puts his point through, “It is what I said earlier, that the publishers who keep their existing format and then desire donations will not be viable. They need to find causes that large audiences would like to support. I contribute a lot towards table tennis every year, as I am looking at an Olympic table tennis medal from India. Somewhere, all of us want to support a cause. If a publisher wants to build a business model based on contributions, then it is possible.”

Audio has a distinct edge over video, says Arjun Kolady of Spotify India