Currently operated by the fourth generation of the Desai family, the WBT Group has seen a rise in business from local tea shops to export of packet teas. BestMediaInfo.com caught up with Parag Desai, Executive Director, Wagh Bakri Tea Group, to understand the brand’s 100-year journey in India and what the future holds for it 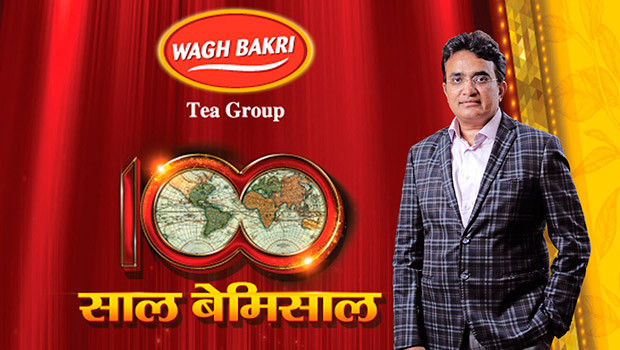 It all started with a tea shop in 1919 when Narandas Desai, a second-generation member of the Desai family, migrated from Durban, S. Africa, to India with an intention to free India from the British and return. Having a fine hand and knowledge about the tea category, he decided to open a tea shop to run his living in India till he stayed here. But who knew what destiny had in store for him and his family!

“My grandfather migrated from Durban to India in order to support his close friend Mahatma Gandhi in freeing the country from the British. The intention was to free India from British rule and go back to Africa. But the problem was much bigger than what they thought it would be. He gave his entire life to the freedom struggle and tea was the only thing he knew, so eventually he had to open a tea shop,” said Parag Desai, Executive Director, Wagh Bakri Tea Group.

Having a 500-acre tea estate in South Africa, Narandas knew the fine task of nurturing the intricacies of cultivating and producing tea, along with the aesthetics and norms of the business. He opened a tea shop in Ahmedabad city, which grew to seven shops the same year.

In order to expand and increase the business, the third generation of the Desai family decided to enter the packaged tea segment in 1980. “We were the first one to enter packaged tea in India,” Parag Desai said.

But due to the non-acceptance of packaged and branded items back then, by 1985, the company’s complete network had been wiped off.

It was after the 1985 riots in Ahmedabad that people discovered that the quality of packaged tea was equal to loose tea available in tea shops. People then slowly and steadily started accepting packaged tea.

“We launched our packet in other parts of Gujarat, Rajasthan and Madhya Pradesh. In those days, expansion was an issue as sales tax differed from state to state,” Parag Desai said.

After VAT being introduced by the government of India, the brand expanded to Maharashtra and other regions. At present, Wagh Bakri has its presence in 70 cities across the country.

“It has been a passionate journey of discovering quality tea customers and we have always been honest and truthful to them. We have tried to buy the best quality tea from the gardens and sell it in the lowest margin to customers,” Parag Desai said.

The brand has gone through several challenges. What makes the brand authentic and connected to roots is its name and logo, and the purity with which it all started. The name 'Wagh Bakri' symbolises the co-existence of one and all, creating long-lasting relationships in society by dissolving differences over a good cup of tea.

According to Parag Desai, the initial challenges were to professionalise the company as it was a family-owned and managed company. He recruited the best professionals for each department for accurate work and fetch good returns. “When I joined the company, the first thing I did was recruiting best professionals of the country. We worked hand in hand with the professionals and left no stone unturned to make sure we created a winning combination,” he said.

Wagh Bakri’s second major challenge was product distribution and brand expansion. “From a sales tax era to VAT era to GST era, it has been a very challenging environment. To expand our distribution in such scenarios was tough,” he said.

In 1992, the brand started its journey overseas and today, Wagh Bakri is present in more than 40 countries.

The tea group is a dominant player in the country's western and central parts. In states such as Madhya Pradesh, Chhattisgarh, Goa, Rajasthan, Delhi, etc., the brand is at number two and three in the category. According to Desai, consolidation is happening through increase in ad spends and reach to get closer to consumers through better channels.

TV remains a major medium for the brand with 50% allocation of the total marketing budget. Print and digital is at 25% each. Digital has seen a massive rise in allocation from 5% two years ago to 25% now and expected to grow more in the future.

In 2015, around Republic Day, the brand launched a campaign on the premise of ‘building relationships’. Conceptualised by Scarecrow M&C Saatchi, it’s a four-minute film aired on select news channels over a 100 times on a single day through specially created slots. On January 24 and 25, teasers were aired to heighten curiosity.

Speaking on the evolving marketing trends, Parag Desai said, “There used to be a time where television was the main medium, earlier to that print. Now mobile is the main medium. Everywhere, marketing creative has worked along with the evolution of media.”

Evolution in brand’s communication over the years:

In last few years, the brand has launched modern trade and e-commerce channels. Along with the 100 years of the brand, Wagh Bakri is also celebrating 20 years of buytea.com, where the brand gets orders from global customers. “We have been experimenting and we always had the first-mover advantage,” Desai said.

The brand commemorates its centenary year with three memorable creations.

The brand owns the space of bringing people together and creating relationships. To highlight it, Scarecrow created a TVC with a unique device — a montage of ‘Two Cups’. The treatment of the film is such that instead of using regular moving footage, it comprises over 100 still images shot at various places across India, which leaves the audience with warm memories.

To accentuate the emotional quotient of the campaign, the agency created an anthem to capture Wagh Bakri’s 100-year journey in India. The three-minute song is composed by singer-duo Akshat Parikh and Divya Limbasia, and sung by Arun Kamath and Marianne D’cruz.

The lyrics of the song weave in the brand’s positioning ‘Hamesha Rishtey Banaye’. It describes how Wagh Bakri has been creating relations for 100 years, the brand’s tea-making process intertwined with the emotions of their consumers, and how they have reached global heights and marked Gujarat on the world map.

To conclude the campaign, Scarecrow created a unique timeless calendar, which signifies that even after a century of bringing people closer, the brand will continue to do so for many more centuries. 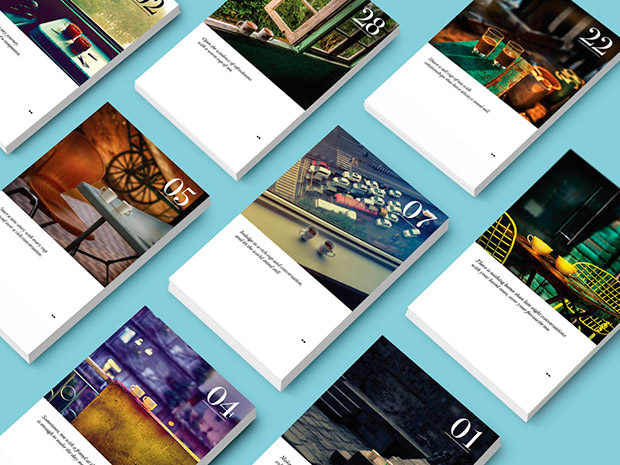 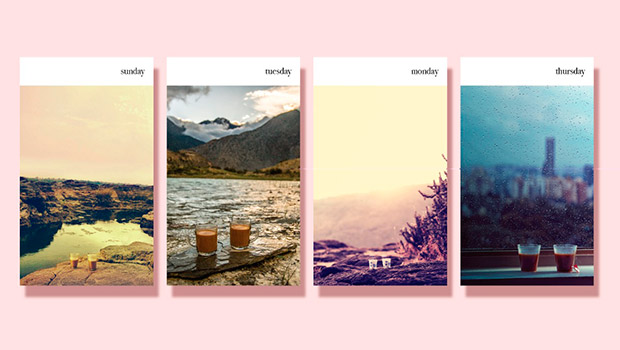 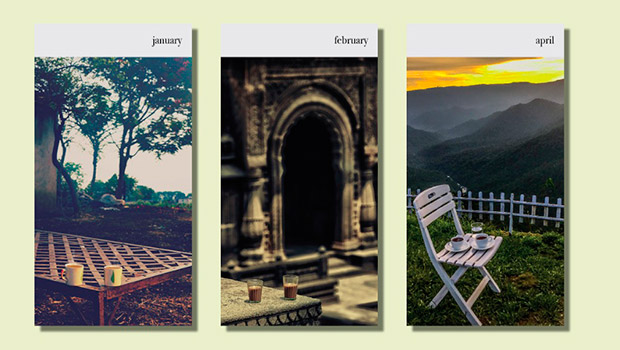 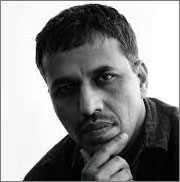 Manish Bhatt, Founder Director, Scarecrow M&C Saatchi, said, “It is an emotional moment for us, where we have been a part of Wagh Bakri’s journey for the past five years and have witnessed their unprecedented growth. Here, we are dedicating a special song for them, creating a timeless calendar and putting two cups of togetherness everywhere, just to remember that the relationship goes on till eternity.”

The last three quarters have been challenging for the brand and apart from the economic slowdown, weather conditions were not conducive enough as there had been excess rainfall and heat.

“The previous quarters of FY 19-20 gave us the challenges which were much more compared to the last five years,” said Desai.

“We have a huge rural and urban consumption base and I think Q4 is going to see the revival of demand. Double-digit growth is what we are on track to close by March-end,” he said.

The continuous communication effort for the regional audience has helped the brand in strengthening in those regions.

Wagh Bakri’s focus for the remaining quarter is to cut costs and reach out in a cost-effective way to the market. The brand is working hard with its e-commerce strategy to make the last quarter fruitful.

Exports account for 5% for the brand’s volume sales and have been growing faster than other regions. However, the focus remains on domestic consumption, tea lounges, e-commerce etc., and it keeps focus on export as part of its growth strategy.

“We may have to set up a manufacturing unit in Middle East, Russia, China but that’s for later,” Desai said.

Globally, North America, Australia and Europe are the most revenue generating markets for the brand.

Over the years, the brand has evolved itself according to consumer demand. Going with the perception and choice of consumers, the brand has launched a range of green and iced teas in the last five years. “The consumer expectation is that they want everything available at their doorstep and neighbourhood stores. Through experimental marketing and marketing research, we managed to fulfil the demand of our consumers. We have the largest collection of green tea and iced tea in India,” Parag Desai said.

According to a study conducted by the Tea Board of India, the demand for packet tea is on the rise because of the perception that packet tea is adulteration-free and has better storage options.

According to Desai, today’s consumer has a perception on packaged foods being safer than the loose ones in all commodities and that is the reason of it being growing. Every year, the TBI issues data that shows packaged tea has eaten 1 or 2% of loose tea.

Dependability is its USP. “Dependability is very high from a customer point of view. Only through our hard work, we will try to be better each day and remain close to our consumers,” he said.

According to Desai, one of the biggest strategies for 2020 would be working more in a digital way and the entire country and the world is moving to this front. “We are looking more into relationships like a father-son relationship, mother-daughter relationships when it comes to Bagh Bakri campaigns,” Desai said.

A series of green tea campaigns are planned in January-March. The agency working on the campaign is Scarecrow M&C Saatchi.

“As we see in digital communication, people hardly talk with each other. It is very important that people sit together and enjoy a cup of tea and genuinely share each other’s concerns. With its upcoming campaigns, the brand is foraying into communication with multiple relations and bonds to connect with a larger consumer base,” he emphasised.

The brand has a plan to revamp product design and packaging in 2021.

Speaking on the growth outlook of the Indian instant tea market in 2020, Desai said, “I think it’s growing at higher double-digits and it will continue to grow. It’s a fact that today everyone is working and there is no time to make Brooke tea.”

According to Parag Desai, WBTG is looking at Delhi-NCR to open at least 100 more lounges in the next three years. That area has 15 tea lounges at present. “The northern region is a place where people are more used to eating and drinking outside; cold weather and larger spaces help in tea consumption. That’s the reason we are targeting the northern parts for the expansion of our tea lounges,” he explained.

The group is working with Indian and global industry experts on expansion strategies.

The first Wagh Bakri tea lounge opened in Jaipur. In those days, the brand had less idea on how to successfully run a tea lounge and failed to operate it. But from the experience of that failure, they were able to learn what should have been done and what not. “We opened the second lounge in Vile Parle, Mumbai, which recently completed 12 years. “Every failure has taught us and we have grown ahead and out of it,” he concluded. 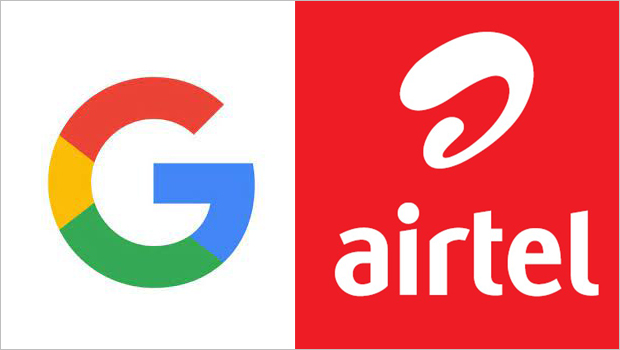 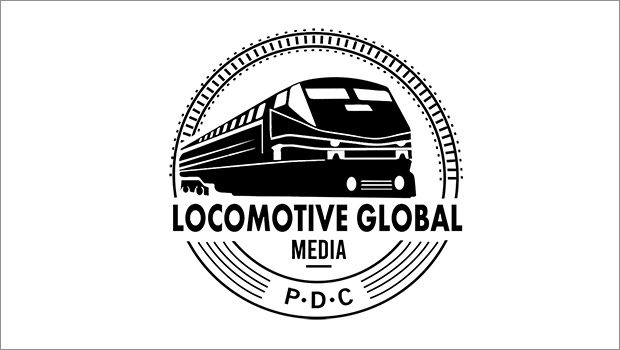 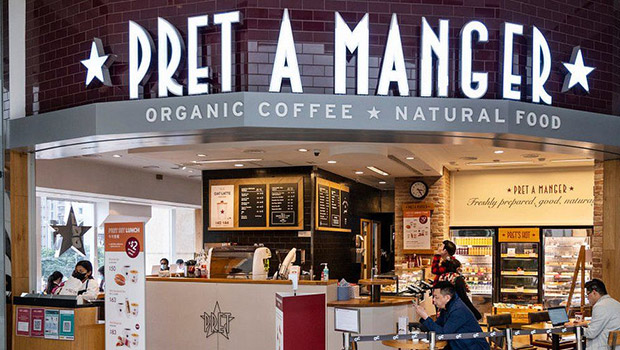 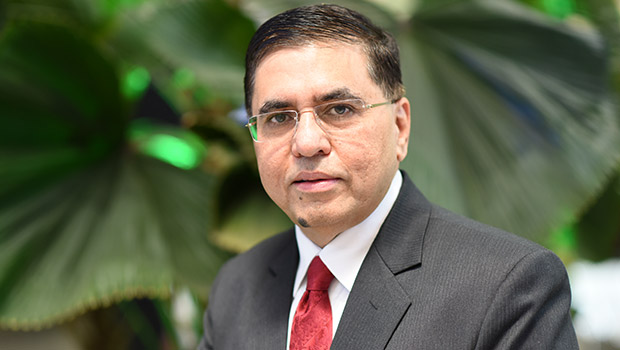