Armed with multiple degrees in different disciplines, Kumar’s real calling came with a chance stint in advertising and he has never looked back ever since 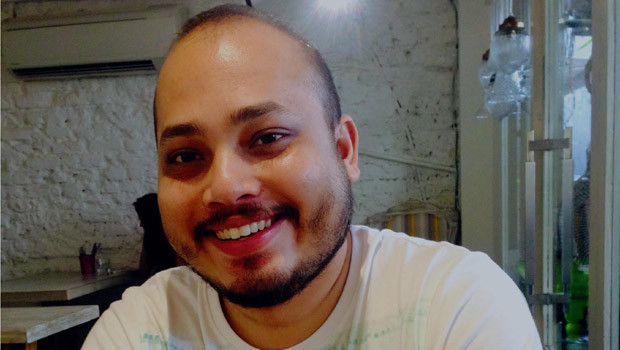 2D-Animation, BA in sociology and MBA in marketing—28-year-old Ranjeet Kumar has been a big-time drifter in his educational choices. After completing schooling from Kendriya Vidyalaya, he did a two-year diploma in 2-D Animation. After that, he graduated from Mumbai University with a BA in sociology and then an MBA in marketing from Sikkim Manipal University, topping it with a certificate course from MIT Sloan on platform strategies.

While his education choices were eclectic, after a course in filmmaking, Kumar chose to make a living out of creative arts and that kicked off his professional career. “I started as an assistant director in films and did two films with Sahara Motion Pictures. Since the films didn’t release, I moved into television with Channel V and after two years of toil, I took a chance at advertising with a copy test and never looked back,” said Kumar, Creative Director, Mumbai/ Bangalore, Isobar India.

In the last decade, Kumar worked at Percept/H, Rediffusion Y&R, Saatchi & Saatchi, McCann and Treebo.com. Currently, he leads a talented bunch at Dentsu Isobar. “At Isobar, I was able to create a communication platform, connect it with a cultural habit and take it 360 effortlessly, thanks to the entrepreneurial spirit that runs in the agency,” he said.

He gets inspired and thrilled by people who are infectiously young at their soul. “The only people who interest me are the mad ones, the ones who are mad, mad to talk, desirous of everything at the same time. We meet so few of these people in our lifetimes. And the ones you meet scare you. Fascinate you. Awe you. Puzzle you. Confuse you. Inspire you. But in the end, they dare you. Dare you to burn. Burn without flaming out. These people set the standard for life. They aren’t immature but infectiously young at their soul. They aren’t undisciplined yet rules mean nothing to them,” he said.

Kumar considers working for Treebo.com in the marketing division as his biggest achievement so far. Working there was an enriching experience as he learnt multiple new tactics of marketing. “I was able to cross over to the other side; craft a positioning, see it develop into a brand and then doing a brand campaign while taking care of the business imperatives. Rarely creative folks get such a rewarding opportunity,” he said.

He addresses his biggest strength to his Hacker’s mindset and weakness to love for his team.

According to Kumar, in 2020, brands will do more business problem-driven work with digital at its core. 2020 beckons the end of vanity metrics of ‘impressions’, ‘likes’ and ‘share’ and beginning of actionable, accessible and auditable metrics.

The campaign for Renault KWID has been one of his most fun working projects. The fun part was that the digital prelude campaign got so successful that the TV spot shot with Ranbir Kapoor didn’t need to go on air as planned; it was released a year later to sustain sales. “Unleashing the power of digital and witnessing the effectiveness was heartening,” he said.

For him, the most challenging project was the Visa’s ‘Tap to pay’ campaign. The reason being it needed to be language-agnostic, modular, authentic and culturally relevant. “It is very rare that you come up with an idea that ticks many boxes. Isobar India was able to harness a simple human idea that has become a marquee campaign for Visa globally,” he said.

According to Kumar, a good creative is very subjective. Any creative is a good creative if it achieves the goals that it had set out to achieve. “I handle a bite-sized, focused team with a lot of bite; my advice to them is the same, every bloody day,” he points out.

What drives him most about his profession is the brainstorm of ideas. “A great idea can take five seconds or five days or months. It can come from anywhere. That sense of unknown and venerability gets me stoked,” he said.

If not into a creative field, he would have been a professional footballer or working in films.

Speaking on having good CDs in the industry, Kumar said, “The talent pool is rich, the need is to imbibe an old-school way of advertising and implement a new wave of advertising to address the current market. In addition to that, what we also need are gutsy clients like Fernando Machado and Burger King that drive digital with an effective metric, not with an efficiency metric,” he says.