Conceptualised by McCann, the campaign talks mostly to millennials and looks at tapping them via celebrities and influencers with their preferred format of content communication (Unboxing videos) 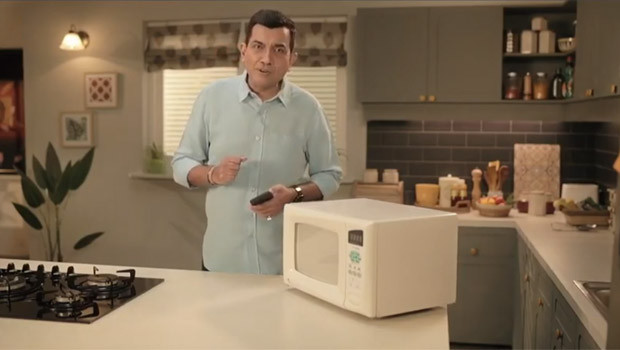 These celebs and influencers will be shown ‘boxing’ a variety of products they have picked up on OLX. With over 4.5 million daily active users, OLX has a large network of buyers and sellers. Hence, OLX is the right platform to take a spin on the usual ‘unboxing’ phenomenon where influencers post their videos on new technology products mostly to give their users and audience a feel of the new products. The play here is that featuring in these ‘boxing’ videos are the same influencers who are usually seen by their fans and followers unboxing them. This would introduce a new trend in the digital universe of deriving value from used products and upgrade to the latest products out there without breaking the bank. Seasoned with a liberal dose of colloquial references, the script comprises true-to-life relatable stories of celebrities and influencers using OLX to upgrade their pre-owned products.

Sapna Arora, CMO, OLX India, said, “The idea behind this digital campaign is to target the tech-savvy internet users across the country who are already aware of the UnBoxing concept which is quite popular across this set of audience. This campaign portrays that OLX empowers one to make smart choices in support of their wants, ambitions, and progress. We have tried to resonate that through these creatives.”

On average, a user on OLX spends about 16.5 minutes every day across categories, which indicates a huge demand for buying and selling products which emerged as the key insight to the BoxUnbox campaign.

Souvik Datta, ECD, McCann, Delhi, said, “Unboxing is an extremely popular concept in the social/digital universe. It’s used to talk about all the exciting features in a product. We just expanded on the concept and made it a format to talk about the condition and features of what one is buying from OLX. And its corollary ‘boxing’, when one is putting up goods for sale on OLX.  Basically using the language of the new and making what’s not new, equally exciting and aspirational.”

The campaign talks to predominantly millennials who constitute a key chunk of India’s internet user base and looks at tapping them via celebrities and influencers with their preferred format of content communication (Unboxing videos).

The first video: #BoxUnbox on OLX | Sanjeev Kapoor Khazana) features Sanjeev Kapoor in a kitchen, narrating his journey to ascendancy as India’s most celebrated and loved chef. He then proceeds to list his pre-owned microwave on OLX and takes users through the simple process of doing so in just a few clicks. The ad concludes with a call to action from Sanjeev Kapoor as he encourages users to list their pre-owned products on OLX or buy products from OLX, thereby weaving in the boxing-unboxing narrative.