The four-episode series will premier on Sunday, January 5, 2020 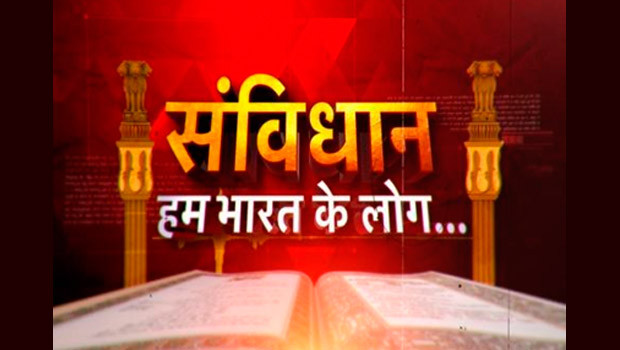 Aaj Tak has announced the launch of four-episode docuseries titled ‘Samvidhaan-Hum Bharat Ke Log’. The power-packed special series comes at a time when citizens have started focusing and debating on the Indian Constitution - the edifice of democracy, in the wake of recent scrapping of Article 370 in Jammu & Kashmir and introduction of Citizenship Amendment Act.

In the current circumstances, everybody is calling on the ‘Constitution’ from Prime Minister to Ministers to Opposition Leaders to common people.

Aaj Tak said in a press statement that each episode of this series will showcase distinct historical anecdotes and the interesting facts about the features of world’s longest Constitution.

The docuseries will recreate the strenuous and pain-staking 3-year efforts by our freedom fighters in creating the framework and laying the solid foundation of Republic of India. The series will also feature how Preamble came in our Constitution and how the fundamental rights and duties were framed.

The series will further elucidate some critical challenges such as Languages, Reservation, Minorities issues, Cow Protection, Special Status to Jammu & Kashmir and Centre-States relationship. It will also focus on some important amendments in the Constitution.