To connect with audiences at the regional level, the brand launched state-specific campaigns that celebrate regional pride, question stereotypes and establishes Tata Tea Premium as the ‘Desh Ki Chai’. Launched in UP and Delhi, the campaigns conceptualised and executed by Mullen Lowe Lintas will expand to more states

Tata Tea Premium, a flagship brand of Tata Tea, has launched state-specific campaigns to evoke and celebrate regional pride, and communicate with the regional audience in an effective way. The rebranding campaign questions the negative stereotype about states and establishes Tata Tea Premium as ‘Desh Ki Chai’, borrowing the cause-marketing part from its mother brand.

The campaign is conceptualised and executed by Mullen Lowe Lintas.

“The idea behind the campaign is to connect with the audience at the regional level. It's not just about launching a pack, it's about launching a full-blown campaign localised for particular a state and region. There are a lot of iconic elements that we have added to it,” said Puneet Das, VP, Marketing, India, Tata Global Beverages. 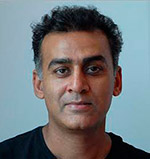 “It’s a fully integrated campaign. From packaging to collaterals to POS to the look of the key visual, everything is given a new look in sync with the thought of celebrating regional flavours,” said Azazul Haque, CCO, Mullen Lowe Lintas.

According to Haque, every state will have a different insight peculiar to that state, but in all the states the brand has questioned the popular belief or the stereotyping and have shown a side less talked about.

At present, the brand has launched the campaign in two of its strong markets — UP and Delhi. “It takes a lot to activate at a ground level, depending on the success of these two campaigns we will like to phrase it out for different cities,” said Das.

Built on the insight of ‘Rich Delhi’, the brand’s Delhi-specific campaign goes way deeper into the flamboyantly rich people who are associated only for their lavish life. The brand endeavours to break notable stereotypes associated with the region and showcased a positive truth. It aims to make Delhiites the spokespeople of what Delhi truly stands for.

Tata Tea Premium took a very interesting route by wrapping the pride of Dilli, the Delhi Metro, on the outside with visuals of the rich heritage of Delhi, and on the inside with stories of the rich-hearted people of the state. The real stories speak volumes about the loving and caring nature that the outsiders are unaware of. 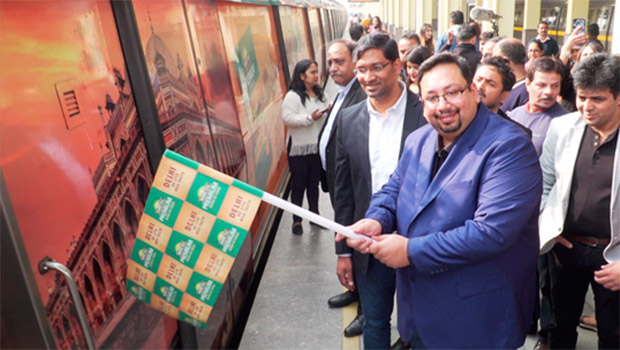 In the case of UP, the world celebrates the ‘Dumdar’, the Dabang, aspect of the state. The campaign shows that ‘goodness’ is an integral part of UP.

“The whole idea of celebrating the regional pride is a long thought, especially when we break it into state by state, it’s going to be a long campaign. This is just a beginning for us for the next foreseeable future,” Das said.

The brand’s marketing strategy will remain the same; however, the media allocation will differ with different media consumption patterns.

“For Delhi, our lead medium of communication is digital whereas in UP it is regional television. Similarly print plays a very big role in UP while we are activating print in Delhi also but not to the extent in UP. Normally one would do a big campaign, optimise it for states, etc., but we have looked at each state and done what it takes for us to reach to the regional audience,” said Das.

The execution will keep getting refined according to the state and the success the brand sees.

“It took us almost four-five months to finalise and execute to crack and create a campaign of this scale and size. From scripting to changing the look of the brand at various touchpoints, to creating the key visual for multiple states was an extensive, challenging and exciting process. The most challenging part was to look for insights of each state,” Haque said.

According to Das, the benefit of rebranding is not only for today, but it is also about the coming few years to continue to remain vibrant as a brand and keep reinforcing the brand-love consumers have shown. And that’s the reason for its re-stage.

The brand’s business objective is to reinforce brand-love that will connect to the audience at the local level, which will help it to grow and prepare itself for upcoming years.

According to Haque, it is India’s biggest every hyper-local campaign and will change the landscape of Indian advertising and how brands look at regions as separate and independent entities. It will also question the old-age practice of doing a national campaign where regional just means a translation.