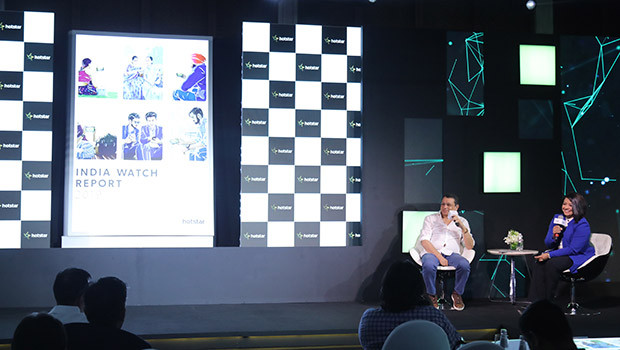 More than 40% of video consumption came from regional content. Tamil, Telugu and Bengali are the top regional languages. In fact, Bigg Boss Tamil is the highest watched entertainment show having beaten all the Hindi TV shows.

In 2019, men showed a high affinity to family drama as women with more than 40% of family drama viewers being men, breaking the long-held belief that such genres don’t appeal to men. Meanwhile, women are also consuming more of their entertainment digitally, making up 45% of the total entertainment consumption online (3.2X growth in video consumption by women compared to last year).

Consumers today want a voice of their own, and the opportunity to interact with others and express themselves. As a result, online viewing is transitioning from a passive experience into an immersive and social one. During Vivo IPL 2019, 64 million viewers participated in Watch ‘N Play, twice as many as last year.

Based on Hotstar’s pan-India consumer base, the third edition of the report presents revelatory insights on how evolving content preferences, progressive gender shifts, and increasing accessibility continue to shape the modern Indian digital consumer.

Speaking on the report, Varun Narang, EVP and Chief Product Officer, Hotstar, said, “The accelerated growth of the Indian video entertainment ecosystem has had an unprecedented impact on the consumer. Today, the Indian consumer enjoys a plethora of content to choose from, has moved beyond metro cities, and isn’t limited by gender or language. More importantly, this growing accessibility has opened doors to new thoughts and ideas that are shaping a stereotype-defying consumer.”

Some other key highlights from the report:

The complete report is available to view here.