Four elements that will define digital media consumption in 2020

With the advent of new technology and evolving consumer preferences, India's digital media consumption pattern is fast changing. The Managing Director of Essence India, Anand Chakravarthy, shares key elements that will define the pattern in 2020

India is the world's fastest-growing internet market with over 650 million mobile users. In 2020, the number is likely to grow by 10%. With internet consumption still continuing to explode in India, the country will continue to see different patterns driving that consumption. 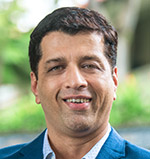 Video: It is by far the fastest-growing format in digital media across consumer segments. This is aided by the flourishing over-the-top (OTT) space with over 30 OTT video platforms already operating in India (source). Video will continue to define digital media consumption behaviours and increasingly, vernacular video will dominate even more. Digital video will get the largest share of media investments after search.

Ecommerce: Penetrating into smaller towns and lower-income households, ecommerce is now reaching around 100 million online shoppers in India (source). With more categories being bought by an increasing number of consumers online, many brands have now started building their ecommerce strategies, which will see larger investments over the next few years.

Digital payment platforms: This perhaps has the highest growth in terms of adoption. Month-on-month spends through unified payments interface platforms, such as Google Pay and PhonePe, are surpassing all expectations and signalling true momentum for a digital India. With this unprecedented development comes the opportunity for brands to collaborate, integrate and migrate from traditional cash payment options for consumers.

Audio and voice: Audio in the analogue era never really took off, as it was overshadowed by television, which captured the hearts of consumers. However, we are seeing the resurgence of audio in the digital world, not just with music, but also with the rising popularity of podcasts. While still relatively niche, one can expect this area to grow significantly in the year ahead. Voice, another aspect of audio, is also seeing increased adoption in India. Voice-enabled devices and platforms will continue to grow as more Indians who are uncomfortable with typing go online. Voice-based query or command offerings will start to become a key enabler for these consumers to interact with brands on digital platforms in the years ahead.