Commentary: What the TV news industry can gain from two separate industry bodies

The news TV broadcasting industry has been divided into two sides with the formation of the Arnab Goswami-led News Broadcasting Federation. But instead of making it a battle of one-upmanship, both bodies should work for the greater good. The commercial issues that the industry is starting at are of greater importance. 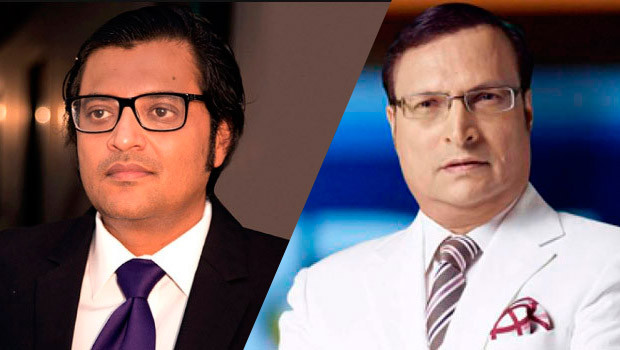 TV News Broadcasting in India currently stands at a crossroad. The industry is marred with issues such as sagging growth, the implication of the new tariff order and social media players such as YouTube and Facebook eating into the digital revenue of TV outlets.

Clearly, the news television industry is divided into two parts and both have blessings of the government.

From the perspective of weight among the industry bodies, some NBA members also sit on the Indian Broadcasting Foundation (IBF) board with full member status of the largest industry body of broadcasters. But that is in their individual capacity, and it does not imply both the bodies have any relation. NBF members could also sit in the IBF board if the board elects going forward. IBF is no one to give any recognition to either NBA or NBF.

Most NBF members are ad hoc members of IBF for now, but this serves their purpose when it comes to the relationship with other industry bodies such as AAAI and ISA. So far, AAAI and ISA deal with IBF and these bodies do not feel the need to look at any other organisation unless there is a split, and over 70 channels of NBF say that they don’t want to be a part of IBF and would directly deal with them. In that condition, AAAI and ISA, after looking at the credibility, stability and seriousness of the new body, could start dealing with NBF after a few years.

My observation is: It could help one body win the mind game over another but both do not serve any purpose for the industry except for trying to establish their political hold.

Media observers do not shy away from saying that the creation of a separate industry body is a result of ego and tussle between Arnab Goswami and Rajat Sharma or better to say Republic versus all.

But the larger question here is, will two competing bodies be better for the industry or will it continue to be an ego battle?

Within the NBA also, the industry was already divided.

The biggest question to be asked to both bodies now is that what they are doing for news broadcasters.

I remember asking this to India TV’s Rajat Sharma when he took over as NBA President in 2017 after a hiatus of a year. In a very engaging interview, Sharma listed his priorities as 1. strengthening the body, 2. easing out tension, 3. promoting healthy competition and 4. clearing perceptions about the news broadcasting industry in the minds of the political leaders, judiciary and society at large.

During the year when Sharma was not at the helm of NBA, Arnab Goswami launched Republic TV and then what happened after that on dual LCN and landing page is known to the industry. NBA members were openly going to TRAI, MIB and courts against each other. His first two priorities actually meant stopping fighting among member channels, which he managed to up to some extent.

We may not be privy to what is happening within the NBA board but as an outsider we must ask ourselves if the association's efforts are bearing any fruit for the news broadcasters.

Do the member channels follow the same line on usage of the landing page? The answer is No. Is there any consensus among broadcasters when it comes to ad rate hike? No. Are news broadcasters united in dealing with distributors related to carriage fees? No.

The real agenda should be very different. For example, what is the biggest source of content for Twitter, Facebook and YouTube? It is news channels and newspapers. If today, most of the big news channels come together and say that they would not give free content to these social platforms, they will completely dry up. I remember, the news channels used to pick sports content from sports channels for free until Star Sports came forward and legally stopped them from using free clips.

When big broadcasters decided to pull off their shows from YouTube a few years ago and create their own OTT platforms, YouTube had let them go thinking they would concentrate on independent creators.

A BuzzInContent.com report explained how YouTube became the launch platform for smaller players and they kept moving on to other platforms for better value for their content.

YouTube took time to revive its growth and reach where it is today.

So far, the visible actions from these bodies are limited to condemnation of any danger on member channels or opposing the government in order to protect freedom of expression. For example, NBA came strongly in opposing a day’s ban on NDTV India.

Rather than picking up issues that can strengthen businesses and help the industry grow, these industry bodies keep trying to increase their political clout. But political influence also does not work somehow in bigger matters. Take the example of the ‘New Tariff Order’. It is another matter that the broadcasters termed it better for their business later but initially, they tried to avoid it as much as they could.

Unlike news broadcasters, members of Indian Broadcasting Foundation (IBF) join forces when it comes to protecting their business interests, be it pulling of content from YouTube or pulling the plug on FTA channels and removing them from DD Freedish when they found the business model not viable enough.

Till now, there is no visible action within NBF or NBA that helps in easing the life of their members.

The current TV news model is struggling and there's an immediate need to increase revenue, which is being eaten up by social media companies on digital.

Instead of bickering over insignificant issues, both the associations should handle the commercial problems that are of greater importance and can help the industry grow.

Tags: Commentary What the TV news industry can gain from two separate industry bodies
Advertisment
More from this section