ALTBalaji will break even in 2020-21, says Nachiket Pantvaidya 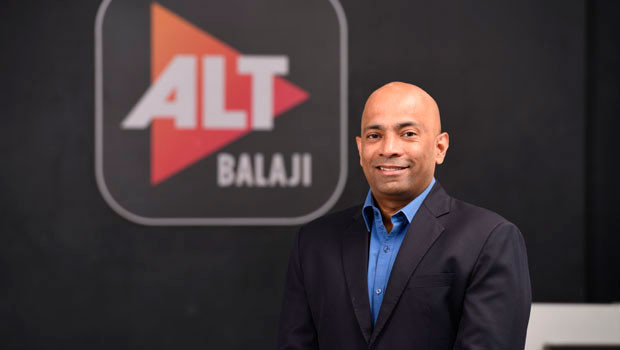 India’s leading homegrown OTT platform ALTBalaji, which currently has a robust content library with 53 exclusive originals, has claimed 4X growth in the direct subscriber base in 2019. The ALTBalali app has consistently been featuring as one of the top 3 highest-grossing apps, according to AppAnnie.

The OTT platform claimed that it currently has over 33 million cumulative subscriptions to date.

In a press statement, ALTBalaji said that it is geared up for 2020 with its line of clutter-breaking content offering and will launch 25-30 more shows in the year 2020.

Along with pure content offerings, innovative ways of storytelling are also being explored to build stronger and deeper connections with our audiences. Whether its interactive episodes or series where the audience can write in and debate and decide on the ending of the season may also gain popularity as digital is a two way street for segmented audience.

Nachiket Pantvaidya, CEO ALTBalaji and Group COO Balaji Telefilms, said, “2019 has been a phenomenal year for us both in terms of content and subscribers growth. We have registered 4X growth in our direct subscribers base, and we will clock a revenue between INR 80-100 crore. The aim is to tap the next Billion users coming onto the internet by enabling easy and seamless access to the content they want to watch, wherever they want to watch and whenever they want to watch – at no extra cost to the subscriber. On the back of successful 2019, we are hopeful that ALTBalaji will break even in 2020-21.”

ALTBalaji said that the platform also launched some clutter-breaking and tech-driven innovations like ‘Breast Buffer’ to create consumer awareness against Breast Cancer and remind the viewers that regular self-examinations can help save lives. This was nominated in Cannes Lions as one of the brilliant uses of technology by media as well as was applauded by subscribers, media, influencers, critics and celebrities alike.

Taking innovation a notch higher, the makers of Ragini MMS Returns 2 introduced an industry-first Stereoscopic 3D 360o Virtual Reality narrative film. The specially curated 3D VR narrative from the series presented a surreal and truly immersive experience for its viewers enabling them to virtually step into the world of Ragini.

The OTT platform also brought its most acclaimed series Apharan to Alexa, enabling users to now listen to dialogues, the trailer, the song and other exclusive content from this cult show. Fans of the show can enjoy and soak in the immersive and gripping experience provided by the suspense thriller, with just a simple voice command to their favourite Echo device.

Tags: ALTBalaji will break even in 2020-21 Nachiket Pantvaidya ALTBalaji
Advertisment
More from this section