The first step was inducting steel glasses and steel flasks instead of plastic. They have also stopped the usage of plastic bags in office 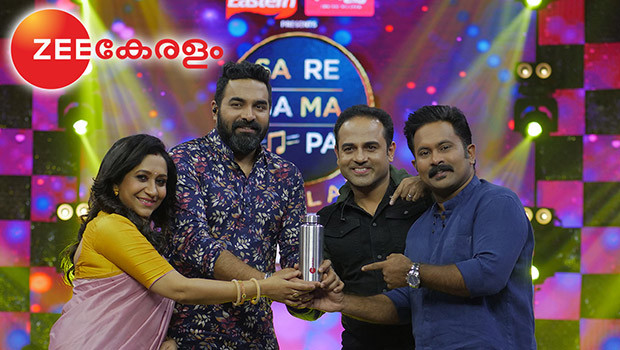 Zee Keralam, a Malayalam GEC, has launched a plan to go plastic-free and implemented a plastic-free workspace by inducting steel glasses and steel flasks instead of plastic. They have also stopped the usage of plastic bags in the office. The official launch of the initiative was done by actor Aju Varghese in the reality show Sa Re Ga Ma Pa Keralam.

Zee Keralam was the first channel in Malayalam to take a plastic-free approach and thus set an example for other channels. By doing this, the channel has shown their social commitment in reducing plastic usage, leading to less environmental harm.

Zee Keralam has said that they have done this to encourage people to think in the ‘green way’. The most menacing thing our nature faces is plastic waste and gradually reducing and stopping plastic usage is the only immediate solution to save our nature. When large companies like TV channels choose to follow this initiative, it makes a huge difference in the usage of plastic across the country. Zee Entertainment Enterprises will be implementing it across all its channels across India.

Zee Keralam had earlier contributed during the time of Kerala floods this year. The channel distributed Onam kits to hundreds of families marooned in the floods at Kainakiri of Kuttanad village in Alappuzha.

Zee Keralam will complete its first year of operations in Kerala by the end of November ’19.