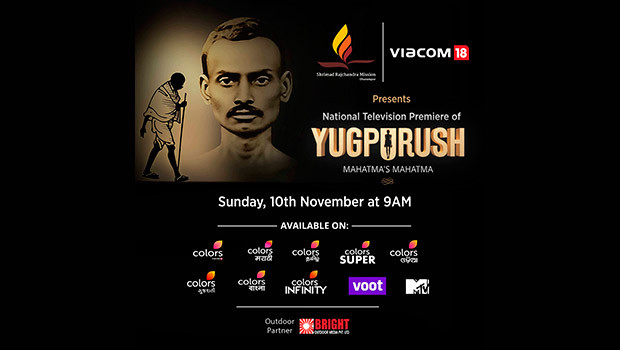 In order to reverberate the values that Gandhi imbibed from Shrimad Rajchandraji – the great Indian saint, poet, philosopher and spiritual luminary, Shrimad Rajchandra Mission Dharampur has produced a magnificent biographical play, ‘Yugpurush- Mahatma’s Mahatma’, under the guidance of its founder Pujya Gurudevshri Rakeshbhai.

This play has been re-created for television in a cine-play format with original dialogues and cast for all 7 languages.

Speaking about the play, Sudhanshu Vats, Group CEO & MD, Viacom18, said, “As a media and entertainment network, it is our endeavour to bring every story to its audience and every audience to its story. This is a very special story for all Indians and needs to be told to young India. Gandhiji has motivated generations of people across the world and with ‘Yugpurush’ we are bringing the story of his journey from being a young barrister to Mahatma.”

The Play is a heart-touching portrayal of the untold and profound relationship between Mahatma Gandhiji and his spiritual mentor Shrimad Rajchandraji. This theatrical tribute received an astounding response, as it was performed in 312 cities across the world, completing 1062 shows in 7 languages in a short span of 1 year, running to full houses and standing ovations. The play won several prestigious awards including the Dadasaheb Phalke Excellence Award 2017 for ‘Best Drama’, the 16th Annual Transmedia Screen and Stage Awards and two distinct entries in the Limca Book of Records. ‘Yugpurush’ the play was also the first Indian event to be staged at the prestigious Dolby Theatre in Hollywood, LA where the world-famous Oscars Awards Ceremony are held

Abhay Jasani, President, Shrimad Rajchandra Mission Dharampur, said, “We are fortunate to partner with one of the leading entertainment networks such as Viacom18, that defines entertainment by touching the lives of people through its programmes. The National premier of ‘Yugpurush’ is one such initiative by Viacom18 that will truly impact the viewers positively.” 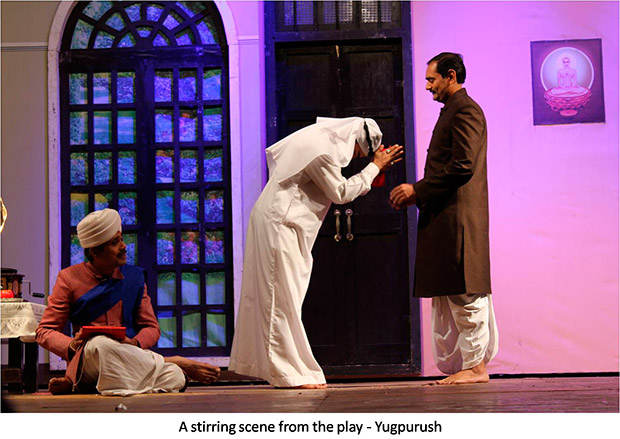 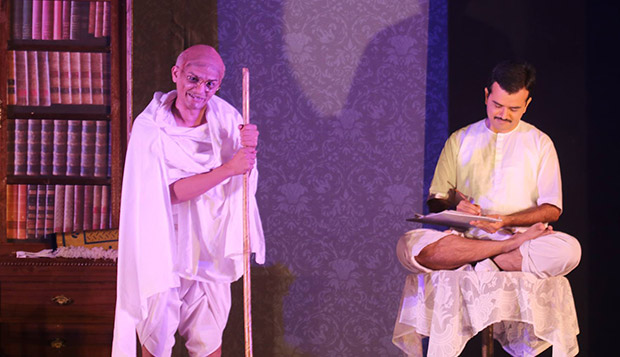