It is Reliance Big Synergy’s first Telugu fiction series. Starring Ravi Krishna, Navya and Shrisha, it is set up in contemporary period, and will showcase the quest of the female protagonist to unravel the truth in the sea of lies and deceit 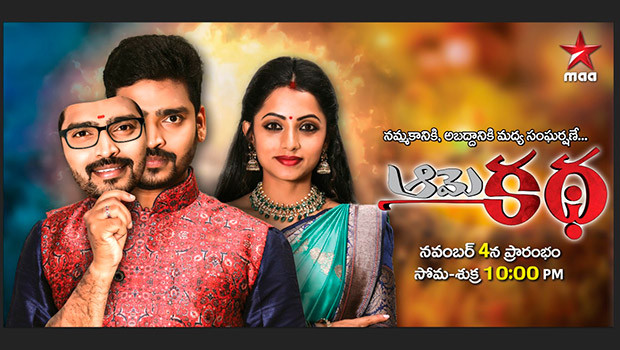 Starring Bigg Boss Telugu’s Ravi Krishna with television stars Navya and Shrisha in pivotal roles, Amekatha is a thriller. Set up in contemporary period, the series will showcase the quest of the female protagonist to unravel the truth in the sea of lies and deceit.

Alok Jain, Business Head, Star Maa Networks, said, “We have always experimented with stories that have an ability to challenge the status quo. Amekatha is a very powerful story of an ordinary girl who will face an extraordinary challenge. What starts as a fairy-tale wedding turns out to be a web of deceit. How she faces her hurdles and becomes a true Star Maa heroine, inspiring and audacious, forms the journey. Our attempt has always been to create powerful characters through compelling stories, making Star Maa the most preferred entertainment destination leading the category by keeping the audience excited.”

Rajiv Bakshi, CEO of Reliance Big Synergy, said, “We have been the pioneers in the non-fiction genre in both Hindi and regional markets in India. We are committed to build a similar reputation in the fiction genre as well, across television and streaming platforms. With Amekhatha, we have attempted to set a new benchmark in terms of its storytelling and production design. Reliance Big Synergy will continue to invest in the development and production of entertaining content and formats across fiction, non-fiction and factual genres.”

“For me, to set up a show like Aamekhata was a huge challenge and I could not have asked for a better platform than Star Maa. Together, we have ventured into the thriller genre, something that I am confident will appeal to the Telugu-speaking audience,” said Simmi Karna, VP, Content, Reliance Big Synergy.