Conceptualised by Grey Group India, a series of films use minimalism, multiplicity from a unidimensional lens to one that’s versatile, contemporary, fashionable. Again using the launch of Raymond Ceremonial, the brand gives a new dimension to The Complete Man with another campaign 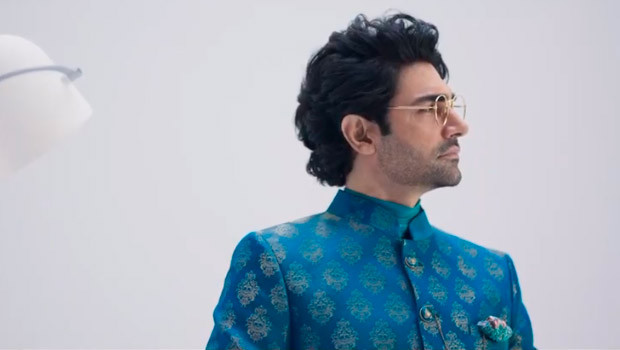 Clothing brand Raymond in its new campaign shows how high fashion meets elegant versatility in its stunning range that covers bandhgalas, sherwanis, kurtas and even tuxedos.

The series of four films use striking minimalism and multiplicity to elevate the perception of this segment from a unidimensional lens to one that’s versatile, contemporary and fashionably rooted.

The visual style is surreal and the palette blended to ensure the ensembles pop, defining the fact that celebrations don’t come in unicodes, they have many faces, many expressions. The flurry of cuts through stunning ensembles presents even more reason for you to find the right mood and the right expression for every occasion.

Nishant Saurabh, Sr. VP and Branch Head, Grey Mumbai, said, "The new Raymond Ceremonial collection explores the many facets of traditional dressing and nudges the stylista to experiment more. The series of four films have a distinct visual style where we have looked to highlight the product in a surreal treatment that’s distinct and stark. We showcased the fact celebrations don’t need to be unidimensional, they can have multiple expressions whatever be the occasion."

New dimension to The Complete Man with another campaign

Using the occasion of the launch of Raymond Ceremonial, Raymond has given a new dimension to The Complete Man with another campaign.

The film shows the core value of The Complete Man, where he puts others before himself gets highlighted and magnified. At the same time cleverly using the premise of celebrations allows the brand to put forward its newly launched Ceremonial Wear collection at the forefront without being explicit, again another trait borrowed by The Complete Man.

Nishant Saurabh, Sr. VP & Branch Head, Grey Mumbai, said, “Raymond as a brand believes that when you put in your best even the ordinary turns special. We at Grey tried to bring alive this endearing value that The Complete Man wields, in this thoughtful film. It’s precisely such values of inclusivity and a shared sense of celebrations that is as true to Indian festivals as it is to The Complete Man.”

Other details of Complete Man campaign: