The awards will see winners in five different categories. It will also be given to behind-the-scenes professionals instrumental in conceiving, producing and promoting top entertainment shows on Indian television 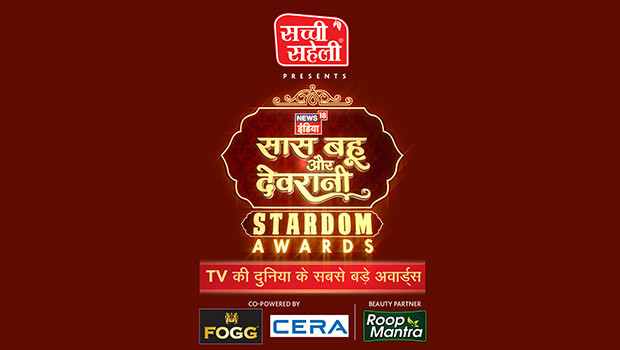 News18 India has announced the first edition of the ‘Saas Bahu Aur Devrani Stardom Awards’. It will honour the most outstanding performances and top performers on television in a glittering ceremony on November 6 in Mumbai.

Saas, Bahu Aur Devrani is a popular show and has gained tremendous traction with both viewers and the industry.

Mayank Jain, CEO, Hindi news cluster, News18 Network, said, “News18 India has built a reputation for launching disruptive and category defining initiatives. It is this that has endeared the channel to viewers of Hindi News and has propelled it to a leadership position in the category. Saas Bahu Aur Devrani Stardom Awards is another such initiative from the channel, which is set to become a benchmark in the industry.”

The gala evening will be hosted by Paritosh Tripathi comedian and actor and Samarth Pathak who will keep the audience engaged with their quirky humour and wit. The dynamic duo will also be supported by Geetika Pant the host of the popular Saas, Bahu Aur Devrani show on News18 India. The show will also see various scintillating performances from top artistes which will set the stage ablaze.

The awards will see winners in five different categories including Best Actor – Male and Female, Editors’ Choice Awards, awards for comical and villainous roles as also child artists and for reality shows. Stardom awards will also be given to behind-the-scenes professionals who are instrumental in conceiving, producing and promoting the top entertainment shows on Indian television.

Follow the event through #StardomAwards and #News18India to catch all the action.