Logicserve Digital conceptualises campaign for Unwanted21Days with a strong message

Through folksy tune and earthy lyrics, the ‘Munna Kab Aayega’ campaign aims to raise awareness on the importance of planned pregnancy 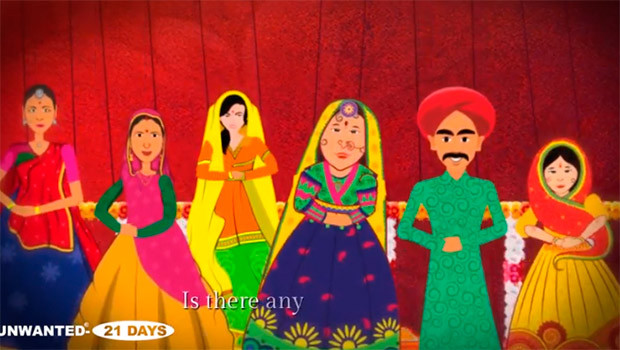 Logicserve Digital has created a digital campaign for Unwanted21Days (part of Mankind pharma) with the aim of initiating conversations on reproductive health to normalise the use of contraceptives and promote the importance of planned pregnancy.

Newly married couples in India are often bombarded with intrusive questions like ‘When is the Good News?’ or ‘Munna Kab Aayega?’ While expecting a baby is a magical moment for the parents, such unwarranted questions at social gatherings can make the situation awkward. Considering the sensitivity of the subject, Unwanted21Days and Logicserve Digital took a creative route of presenting an engaging story (with a folksy tune and earthy lyrics) to reinforce a sense of privacy and independence in the minds of the consumers.

Joy Chatterjee, Assistant General Manager, Mankind Pharma, said, “Raising awareness among the audience while also conveying a message on a sensitive topic in a creative way was of paramount importance to us. Leveraging an insight that was easily relatable and using it in our communication to highlight the importance of planned pregnancy was a brilliant thought. Team Logicserve Digital did a fabulous work of cracking this unique piece of content for us that has the potential to travel on its own.”

Manesh Swamy, VP, Creative, Logicserve Digital, said, “When we started working on this campaign, our focus was to educate and empower the audience in the simplest way without being intrusive. Hence, we thought of creating a powerful communication tool involving a captivating tune that lingers in the mind. That’s how #MunnaKabAayega was born. The idea was consumed well by the audience and effectively conveyed the brand message of ‘Pregnancy jab tum chaho’.”

Logicserve Digital developed a quasi-puppet show, with music and dance as a medium to convey the message to the audience. An animated music video focused on two newly-weds, Faguni and Bittu, who are visited by an array of inquisitive relatives, was released on social media platforms, including Facebook, YouTube, Instagram, and Twitter. The song’s lyrics showcase various scenarios that newly married couples usually land into with relatives and neighbours prying about personal life. The nagging questions are finally put to rest when Faguni and Bittu take a stand and inform everyone that they will have a child when they feel is the right time basis their joint decision.

To create a buzz around the campaign, a wedding invite was prepared, along with pre-wedding shoot of the central characters. Recent visitors of the brand page were sent an automated invite upon commenting with the hashtag ‘#FaguniWedsBittu’. WhatsApp stickers were created as well to introduce and highlight inquisitive family members and friends with atypical messages. The folksy approach with traditional music and descriptive narrative helped the brand connect effectively with audiences in tier-II and tier-III cities. For the major target audience of the brand from West Bengal and Orissa, the communication was also established in the local language in Bengali and Oriya, respectively, to ensure better message delivery.

After the release of the video, a contest was launched asking the audience to showcase the signature ‘Munna Kab Aayega’ dance step on social media platforms. The campaign was amplified by roping in regional influencers who further propagated the importance of family planning.

The video garnered 149,698 views within 24 hours of its launch on social media platforms. With the high engagement rate (0.84%), views (35,73,619), reactions (11,720) and shares (400), the campaign continues to be trending on social media. With a relatable story, the brand rightly struck a chord with the audience and received a definitive answer to the prying ‘Munna Kab Aayega’ question.

Logicserve Digital is a digital marketing company and the Indian arm of Logicserve Group.

Unwanted21days is a simple and effective regular contraceptive tablet to prevent unplanned pregnancy and space for the next child. It is an emergency contraceptive tablet that prevents pregnancy and avoids the risk of abortion. It is from the house of Mankind Pharma which is innovating the pharma industry by making quality products at an affordable price for Indian consumers.