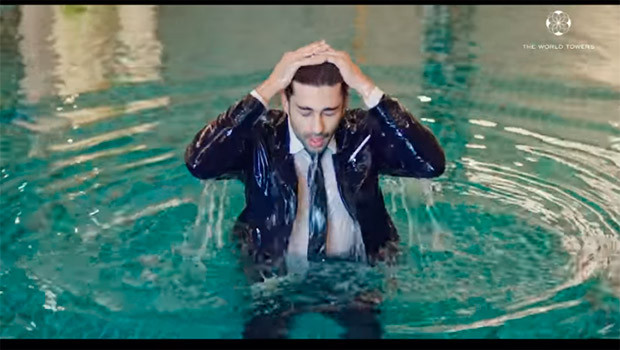 Lodha Group, a residential real estate developer, has launched its brand film on The World Towers. The brand film shows promise of The World Towers offering an unimaginable life that is only for a select few. The objective here is to not only showcase the expanse of the project, but it is also to convey the finest living experience in a classy, yet unique way through the lens of a resident who lives and breathes this lifestyle.

Viral Oza, Chief Marketing Officer, Lodha Group, said, “You see hoardings, TV commercials and print advertising all essentially telling us different versions of luxury life. With a master development as grand as The World Towers, there was a need to tell a story in a unique and clever manner. As Lodha, we pride ourselves in the knowledge of how the vision of this development has transformed to a reality. We want the consumers to see how The World Towers is truly India’s finest living experience.”

The new brand film puts a refreshing twist on showcasing a fine luxury experience within a rich and diverse community of more than 600 residents from over 15 nationalities. The World Towers film showcases the finest lifestyle and to do it justice, it will be presented on a larger-than-life screen in cinemas and multiplexes, to capture the full attention of the audience and engage them with an emotional connection thereby creating a higher potential for brand recall.

Mansi Saxena, Brand Head, The World Towers, said, “The World Towers is packed with wonder and activity — from incredible design, breath-taking spaces, cultural experiences and sports and recreation, to unending entertainment, luxury hospitality, essential rejuvenation and a social community — there’s so much to do at the World Towers. It really is a world built for people who want it all and want the best. That is what drove the campaign thought that The World Towers was built for those who wouldn’t compromise on anything.”

In addition to cinema advertising, the film will also be promoted across social media, lifestyle and news platforms over the next six months starting from the festive period in October.