In-depth: What do brand custodians bring to table as brand ambassadors?

Promoters and CXO-level executives have more skin in the game when it comes to the overall performance of brands. But does the concept of brand custodians becoming brand faces in the campaign actually deliver or is it just a narcissistic approach? 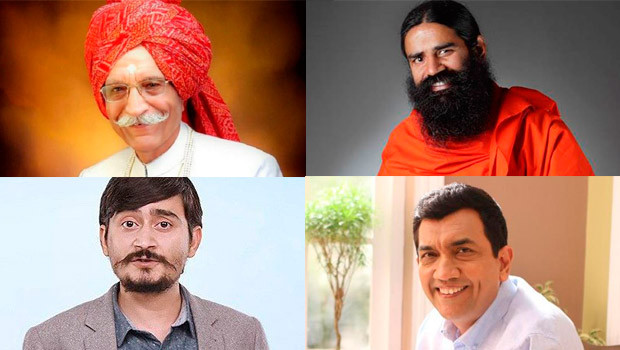 Promoters and CXOs appearing in ads of their brands may look like a very narcissistic approach but in India it has actually worked for a few brands in producing clutter-breaking advertisements.

The first one to do it was homegrown masala brand MDH with its promoter Mahashay Dharampal Gulati and the grand old man ending up being the brand mascot. The concept is very well being formulated by Baba Ramdev, whose face value helped Patanjali Ayurveda become a large-sized FMCG brand.

The trend of brand custodians themselves conveying the narrative through the marketing campaigns is now being undertaken by brands such as Goibibo, Xiaomi and Realme.

Thank U guys! Let's decide the height for the skydive, how about I jump a ft for every 10 units of #realme5Pro sold tmrw? To add more I will jump with a #realme5Pro with me & 1 lucky user will win this special device. RT & share ur #DareToLeapChallenge story to inspire us & win. pic.twitter.com/MK1RFGTPlX

Promoters and CXO-level executives have more skin in the game when it comes to the overall performance of brands. But does the concept of brand custodians becoming brand faces in the campaign actually deliver or is it just a narcissistic approach of brand promoters and CXOs?

In today's marketing mix, the messenger is as important or even more important than the message itself. Experts suggest that if brands are getting the right believable people to talk about, half of the brand’s job of being accepted is done.

Today's mantra should be marketing through "people networks" and not just media networks, said Ajit Narayan, CMO and Program Head at Socxo.

“People trust normal people more than they do celebrities. In this age of always-on marketing, being seen is no longer enough, as media has now become omnipresent. Whether it is your TV, computer or mobile, you will be sold too. Add to that, the fake news phenomenon has the consumer doubting authenticity of claims. So, it is becoming important to recognise that consumers trust their peers and the regular folk more than a paid endorsement. Therefore, to play up the authenticity of the claims, brands are using regular employee/s,” he said.

Brand managers and marketers are common people — their life journeys are not very different from the consumers. So, it naturally becomes easy for consumers to trust and relate to them, as compared to celebrities, said Joy Chatterjee, AGM, Product Management Team, Mankind Pharma. Especially, in a cluttered market where a single celebrity endorses 10 different brands.

All the brands that have adopted or are willing to adopt an internal employee/management as the face of the campaign generally have the objective of not just awareness but brand preference. The idea is to give a human identity to a brand so that it can engage the consumer in a real conversation and in turn win their trust in the product or the service that is sold.

“Additionally, it is observed that people prefer interactive content. Nothing gets people engaged with a brand like a real conversation, and when you have a human face in your marketing strategy, people feel like they already know who they’re talking to. This level of comfort not only increases the chances that they’ll buy from you, but it’ll help boost engagement in your digital campaigns,” said Bhavya Sadrani, Sr. Exec., Digital Marketing, at Bisleri.

A founder or CEO being the face of the company has been existence for a long time in B2B space, said Pranesh Misra, Chairman and MD, Brandscapes Worldwide.

For example, Piyush Pandey, Alyque Padamsee, Steve Jobs, Bill Gates, Narayana Murthy, Azeem Premji and so on. They may not be active in company-sponsored ads, but through PR they become the most effective brand ambassadors.

He said any marketer or founder could be used for tactical phases by brands. For example, when a brand is in crisis or the brand promises a disruptive technology attributed to the founder, or the founder has a consistent imagery and fan following like Baba Ramdev for Patanjali.

Pawan Sarda, Group Head Digital, Future Group, said it is not about losing trust in customers but enhancing trust.  “They are trying to build trust and faith for the brand, projecting the real self of the brand. Consumers are concerned and when they buy something, there has to have a strong conviction and trust. However, it depends on brands to brands and their own strategy, not necessarily it is going to work for all the brands.”

“This is seen to a lesser extent in the B2C space. The CPG sector does not rely on internal spokespersons so much for various reasons, including multiplicity of brands catering to different segments; relatively lower name familiarity for the internal spokesperson and since brands are supposed to outlive people,” said Misra.

The market is brimming with brands trying to connect with their consumers on an individual level. Also, since television media is an expensive affair these days, marketers just want their brand to be visible the most within a timespan as short as 10 seconds.

Hence, marketers coming out themselves as real people with real stories invoke the feeling of believability. Plus, it has totally given a different take to the marketing industry, Chatterjee said. 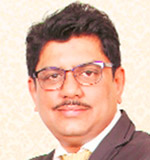 “It is not about the losing trust but there is certainly need for more information for making choices in high-involvement categories, which costs a bit more. And the risk of failure or the trial going wrong is very high. It is creating broad awareness, providing the depth of product information. It is more of an attempt to build a strong credibility. For example, for Apple products, the CXOs come forward and explain the whole product and features,” said Anupam Bokey, VP Marketing RPSG FMCG.

However, he said that such an act becomes very specific and limited to a few categories. Durables, technology products, travel sites, automobiles, hi-tech gadgets, etc., are more suitable and not the broad base in FMCG space. They will still be swayed by the endorsers as they have a meaning, especially when the products are less differentiated and are low-involvement category brands.

“I don’t think it will replace the basic job of creating awareness via traditional ways. As a secondary vehicle, it can be to explore further with the very minor talent in the media space,” he said.

“I don’t think this is a long-term trend. Nor does it reflect the hypothesis that consumers are losing trust in ads. It is a one-off, tactical step, not a strategic one,” added Misra.

On a broad level, brands can expect three basic benefits of conveying narrative through the brand custodians: trust, reliability, and better connect with the consumers. As this trend looks promising, Chatterjee said it will probably grow in future as well. Currently, only a few brands have understood the need of adopting it. But it’s likely to happen that more brands will take this route to communicate their product stories. Especially, in an ecosystem where most of the brands are looking for B-town stars as endorsers.

This manifests not only in the "employee as the star cast of the ad" formula, but also employees as the word of mouth champions to build trusted reach for the brand. This goes beyond what paid media can deliver, said Narayan.