In-depth: Is comparative advertising re-emerging as a trend?

Dabur’s latest print ads comparing its products with Marico brought back memories of the days when comparative advertising was a trend. What is compelling brands to ditch the creative approach and take on competitors directly? BestMediaInfo.com finds out

Comparative advertising has been one of the oldest forms of marketing to differentiate a brand’s products from that of competition. In recent years, brands have mostly stayed away from it barring Baba Ramdev’s Patanjali Ayurveda, which has been using it quite effectively.

The latest print ads by Dabur, comparing its products with Marico, brought back memories of the days when comparative advertising was the trend. The campaign compared the price of its Anmol Gold oil bottle, which is less than Marico’s Parachute. It also highlighted the brand’s “better offering of the product and better value for money”.

Dabur’s Anmol is priced at Rs 30 for 100 ml against Marico’s Parachute at Rs 39 for the same quantity. The ad was seen in Hindi and English newspapers.

A few examples of comparative advertising by Indian brands in the past: 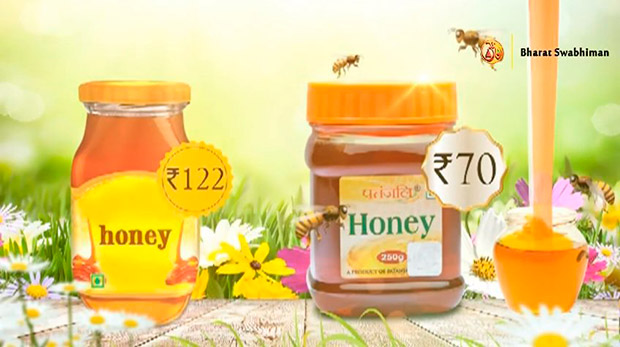 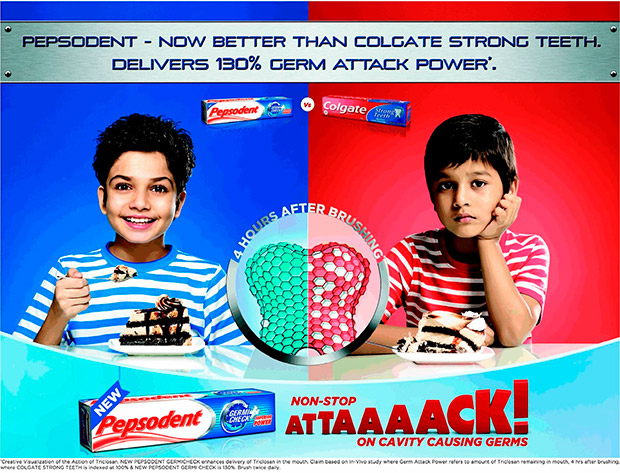 MRP comparison is becoming a new trend or tool for brands to maintain and gain market share and also to hit competition, taking advertising to a new direction. “It can set a trend if other brands find out the strategy is working for Dabur to gain market share. This had happened earlier too in the case of Rin, Amul ice-cream and many others,” said BK Rao, Senior Category Head, Marketing, Parle.

Brands opt for product price comparison to become a consumer’s preference in the first place. They tend to adapt such practices in order to break the clutter and increase sales.

“The motive behind this campaign is consumer awareness and gain advantage over competition,” Rao said.

“A shift might happen but it will remain constant depending on the product and consumer experience,” he said.

“Brands have been doing comparative advertising since a very long time across sectors, especially in the FMCG category. But such advertisements should not discredit or denigrate a competitor’s product,” said Shweta Purandare, Secretary General, ASCI.

But even if it is legally right, isn't it affecting the goodwill of Marico? “As per Chapter IV of ASCI, advertisements containing comparisons with other manufacturers or suppliers or with other products, including those where a competitor is named, are permissible in the interest of vigorous competition and public enlightenment provided the comparisons are factual, accurate and capable of substantiation,” Purandare said.

However, following the ASCI policy, Purandare did not comment on the brand specifically, but she shared that if a brand feels that the competitive brand has violated ASCI’s guidelines on comparative advertising, it can approach ASCI for their intra-industry dispute to be resolved. “In some cases where trademarks are being referred and/or where the affected party considers the advertisement to be too damaging to their brand equity and wants the ad to be stopped with immediate effect, they seek legal intervention. In many cases, the affected party uses a tactical approach and presents a counter advertisement,” she explained.

Both Dabur and Marico refused any comment on this subject.

Pranesh Misra, Chairman and MD, Brandscapes Worldwide, said, “Normally in India, brands try to stay away from naming competitors, although it is a frequent practice in the US. In this case, they are obviously trying to get trial from price-sensitive users of Parachute. In the long run, price based differentiation is not sustainable and tends to be value destructive.”