The campaign conceptualised by FCB Ulka shows how friends have become the new support system and an extended family for the youth. And Domino’s Pizza has always been glue for relationships 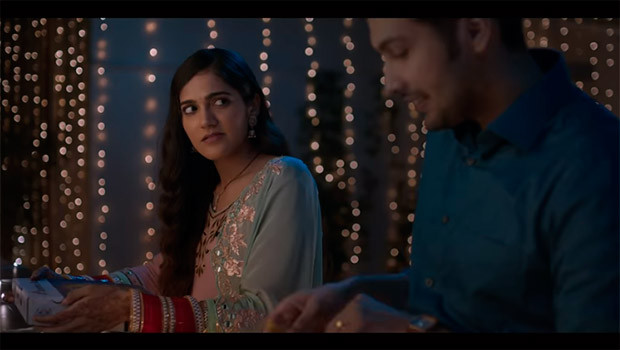 Domino’s Pizza has unveiled its new campaign with the aim of strengthening the emotional connect with consumers by creating memorable moments of togetherness while capturing it in the new tagline “Dil, Dosti, Domino’s!”

Domino’s has been a progressive brand. The promise of ‘30 minutes or free’ a decade ago was well ahead of its time. Even today, the brand continues to stay connected with emerging consumer trends. So whether it was about acknowledging consumer feedback and launching ‘All New Domino’s’ product improvement campaign, offering great value to consumer with the ‘Everyday Value’ campaign, offering best in class digital ordering experience on the ‘Domino’s App’ or offering variety to the consumers through exciting launches like ‘World Pizza League’, Domino’s has always attempted to stay relevant to new-age consumers.

The TVC shows a newly married couple in the terrace all set for a pizza treat. The wife was surprised to see two different pizzas. The husband then reveals that he is a non-vegetarian and asks his wife to keep it a secret and not tell anyone downstairs. Then the wife smiles mysteriously and also asks him not to tell downstairs that she also doesn’t have a veg pizza in the terrace. Both then burst into laughter, showing their bond of friendship — ‘Dil, Dosti, Domino’s’.

Kapil Grover, Chief Marketing Officer, Domino’s Pizza India said, “Today, relationships have evolved from what they were a few years ago, especially relationships between Friends and Families. Hierarchical parental relationships no longer bind families. There is a lot of mutual respect and friendship among kids and parents today. Similarly, with the family structures changing, friends have become your new support system and in fact an extended family for a lot of us. And if we recall these moments, good food has always been a glue for relationships, especially Domino’s Pizza being a shareable product has been at the centre of many such stories where ‘Friends Become Family and Families Become Friends’.”

Swati Bhattacharya, CCO, FCB Ulka said, “Domino’s Pizza is designed to be shared for people to gather around the ‘magic circle’, pull at a cheesy slice and fight for the last bite. And in this very act of sharing and connecting, formality and boundaries get dissolved. Friends become like family, and family become like friends. Our campaign captures this essence of Domino’s and its role in the Indian consumer’s life.”

The campaign went live with a multi-media approach and will leverage all media channels including TV, digital and in-store collaterals.

Director (of the TVC): Abhinav Pratiman