Vivo ad row: Never plagiarised, have enough talent and awards to prove our worth, says Dentsu Impact on Ogilvy Lawsuit

Commenting on the lawsuit filed by Ogilvy against Vivo for allegedly copying its idea and implementing it through Dentsu Impact, the latter said the ad was its original work and there was no plagiarism. The Bombay High Court had last week ruled that the ad was similar to the concept Ogilvy originally shared. The court asked Vivo to deposit a guarantee of Rs 1 crore if it wanted to air the ad 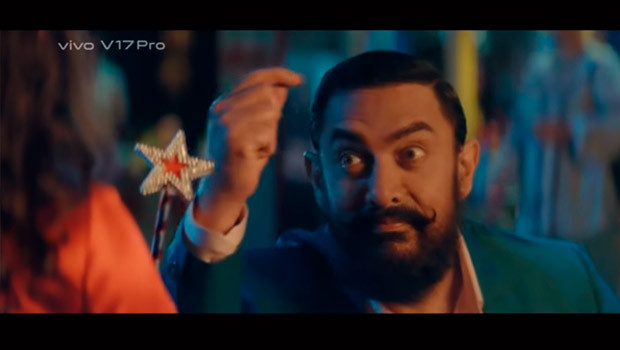 Dentsu Impact has sharply hit back at allegations that the Vivo V17 Pro advertisement that it had created was plagiarised from the concept originally created by Ogilvy & Mather.

“We outrightly deny that the idea was copied by us. We have absolutely no reason to resort to any kind of plagiarism, as we have no dearth of talent in our agency and have enough great work and awards that prove our worth. We are an agency of strong integrity, ethics and brilliant creative talent,” a Dentsu Impact spokesperson told BestMediaInfo.com.

Also Read: Vivo ad row: Is it time to relook at the pitching process?

In a statement, Vivo India also called the allegations baseless and lacking in merit.

“Vivo’s values are built on strong ethical and contractual foundations. We accord a lot of attention to our work. The matter is sub-judice and we shall wait for the law to take its course. However, the allegations are baseless and lack merit. Vivo vehemently denies them and we firmly stand with the procedure of law," a senior spokesperson, Vivo India, said.

Hearing a petition filed by Ogilvy & Mather last week, the Bombay High Court had found the Vivo ad similar to the concept that was shared by O&M’s Brand David agency with the mobile phone brand. O&M had last month moved the Bombay High Court after it found that Vivo was airing the ad which was allegedly based on its idea but created by another agency — Dentsu Impact.

“What we created is completely our original work, and we have always maintained this before the Hon’ble Court, as this is the fact. We do not wish to comment on the matter further, as it is still pending before the Hon’ble High Court of Bombay for final adjudication,” the Dentsu spokesperson added.

The mobile phone ad features Bollywood superstar Aamir Khan and a little girl in an amusement park where the said mobile phone is used for clicking pictures under different settings.

The court in its order found that the concept had several similarities including the amusement park setting, similar characters and the features of the phone being unveiled in similar fashion.

The court in its order also said that Vivo can continue airing the advertisement, given the resources that it has put into it, but it must deposit either Rs 1 crore or furnish a bank guarantee within a week.  Ogilvy had claimed losses in the tune of Rs 1-1.5 crore because of it.

Vivo had earlier used Ogilvy’s Brand David for its creative duties, which included creating several advertisements. Brand David had presented the ‘Amusement Park idea’ to Vivo a few months ago. The advertisement on the basis of the same concept, which was said to be created by Dentsu Impact, went on air in September after which Ogilvy approached the Bombay High Court.