Vivo ad row: Has Ogilvy set a precedent for creative industry to call out plagiarism?

Calling Ogilvy’s decision to move court against Vivo brave, industry leaders said it might put an end to the widespread practice of copying and will make clients more vigilant. What does the move mean for India’s creative industry? And can creative co-incidence be called plagiarism? BestMediaInfo.com explores 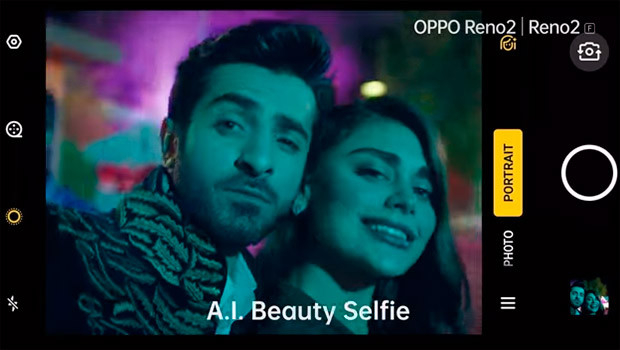 Plagiarism is a plague that has been prevalent in India’s creative industry for long now. Agencies have been silent on the issue as they always feared taking on big clients and getting into legal trouble.

But Ogilvy & Mather calling out Vivo for allegedly copying its concept and getting it implemented through another agency has set a precedent for the entire industry. Industry leaders believe it will give strength to other agencies to come forward and raise their voice against plagiarism.

Also Read: Vivo ad row: Is it time to relook at the pitching process?

In its order, the Bombay High Court has found the Vivo ad similar to the script that was originally shared with the brand by Ogilvy’s agency Brand David. The court has also asked Vivo to deposit Rs 1 crore if it wanted to keep airing the ad.

Pranesh Misra, Chairman and MD, Brandscapes Worldwide, said, "Ogilvy has done the right thing to sue the client if their idea has been stolen. In fact they should have sued for a larger amount — equal to 15% of the total spend behind the campaign.”

Ambi Parameswaran, Founder, BrandBuilding.com, said, “It will ensure that in future clients are more careful before they string along an agency on false hopes. And equally, agencies are aware that they cannot be the fall guy in this."

Will put an end to malpractices being encouraged by clients

The industry leaders said such cases come up regularly. However, no agency has ever taken a big client to court. Experts said the main reasons why agencies shy away from taking on big clients have been that they do not explicitly add a copyright stamp on all speculative work they present or nor do they sign a non-disclosure agreement (NDA) with prospects before sharing ideas. Also, agencies fear losing future business and the top management doesn’t necessarily wants to get into a legal battle.

Virat Tandon Group CEO, MullenLowe Lintas, said, “It seems the High Court has established pretty clearly it’s a case of plagiarism and it’s definitely going to stop other clients from doing these kinds of things.”

“I hope this does set a precedent, for clients to not use pitched ideas as if they own them, and other agencies not toeing an unethical client's demands. If not for the fear of law, at least for the fear of bad reputation,” said Karthik Srinivasan, Communication Consultant (also ex- Ogilvy).

In past cases, the agencies have directly taken up the matter with clients, when they felt their ideas were copied. This also resulted in the creative being called back or taken off. However, going public on such issues were never the norm.

“This is the first time things have gone public and I think it was essential that it did, at least once. The more such unethical practice is brushed under the carpet, the more it's likely to proliferate. Bringing it out in the open, that too with legitimate legal backing, is a brave move, and a necessary one,” Srinivasan added.

One reason why agencies have stayed away from moving court is that it has always been difficult to establish that it’s plagiarism and not a creative co-incidence.

“Kudos to Ogilvy and their internal team that they have really been able to establish the link between their pitched creative and the creative of TVC launched by the brand. This particular move by Ogilvy has given strength to other agencies to come forth and raise voice against plagiarism,” Tandon added.

“Clients and brands will become cautious and even agencies will also become bolder in picking the issue up. Once a precedent is set in law then one can really build on it and quote the issue. I am really interested in seeing how the case is built and I think it’s something that will make the clients vigilant,” he added.

“I hope this encourages the smaller agencies to fight back too, though they stand to lose a lot more (or be ostracised by a large, wealthy and unethical client) than Ogilvy,” said Srinivasan.

Experts say that at times, the briefs shared by clients are so specific and deep that most agencies participating in the pitch would think on the same lines. So the proposal that comes from different agencies has a lot of probability of looking more or less the same.

For example, take the Oppo ad made for the Pakistan market. It has the same concept and the setting as the Vivo ad.

“Many times people do tweak but how can they really establish? Nobody really lifts it straight off and remakes it. When it is a case where it is not really a straight lift and there are some common elements then the question is – Do you really have a case?,” said Tandon.

Tandon said that Ogilvy has managed to build that case here. However, the industry needs to see the material. “I think we will definitely investigate and see to what extent one can really link these kinds of issues to plagiarism,” he added.