Conceptualised by Scarecrow M&C Saatchi, the idea is to draw synergies between India’s most loved sport and signature Australian experiences. An additional funding of A$ 5 million has been announced to drive tourists to both women’s and men’s tournaments and increase Australia’s broader destination appeal in India 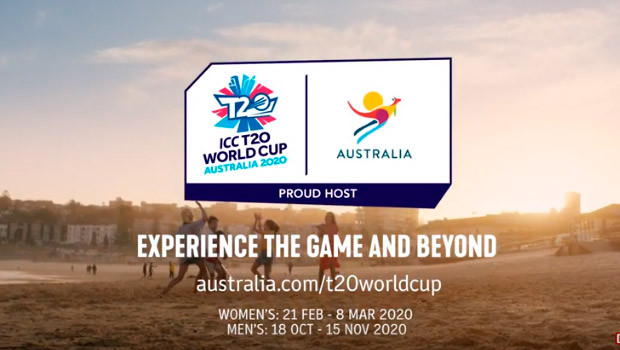 Australia, the host nation of the ICC T20 World Cup, has unveiled its latest India-focused tourism campaign. In the run-up to the next major global event in cricket, Tourism Australia’s call to ‘Experience the game and beyond’ is targeted at passionate Indian cricket fans, offering them a combined experience of world-class cricket and an unparalleled holiday experience.

Following the phenomenal success of the ICC Cricket World Cup 2015, which was co-hosted by Australia and saw approximately 100,000 international visitors, this campaign is aimed at attracting a record number of visitors for the twin World Cups.

Conceptualised by Scarecrow M&C Saatchi globally and in India, the core idea of the campaign is to draw synergies between India’s most loved sport and signature Australian experiences that define the legendary ‘Australian way of life’, which includes food and drink, nature and wildlife, and aquatic and coastal experiences. 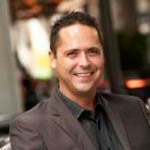 Brent Anderson, Regional General Manager, South and South East Asia, Tourism Australia, said, “I think the way M&C has done a quick ad campaign for us, it really brings out a reference, the campaign is just perfect for this market and we are really happy with the India launch.” 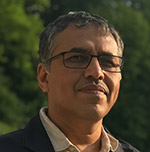 Manish Bhatt, Founder Director, Scarecrow M&C Saatchi, said, “The central idea of this campaign is game and beyond, by showcasing the flora-fauna, culture, life and lot of other things of Australia in the campaign we took it as an opportunity to host and make the visitors have other reasons to visit Australia apart from the sports.”

The agency took the most iconic element of cricket, which is commentary, and juxtaposed it with various beautiful facets of Australia. By bringing Harsha Bhogle, Shibani Dandekar and Brett Lee in the entire mix of communication — language and tonality, the agency tried to capture the static and digital medium.

A new television and digital commercial has been produced by Infinity Squared Pvt. Ltd. as part of the campaign that features voiceovers from renowned Indian cricket commentator and Friend of Australia ambassador Bhogle; Indian singer, actress and anchor Dandekar; and Australian former cricketer Lee. The trio are heard commentating on what seems at first to be a cricket match but is in fact a beautiful showcase of Australia, with the footage taking the viewer on a journey to some of our country’s most iconic destinations.

Tourism Australia’s targets are to reach to country’s tier-I crowd through this campaign. “I think for the cricket mad nation communication that evokes a feel is important. For our targeted consumers, English is the primarily communicating language. This is the only one language that both the countries have in common without any translational nuance. Our targeted audience are the tier-I mass who enjoys travelling abroad as well as cricket enthusiasts,” said Anderson.

The opportunity of collaborating with T20 World Cup was spotted by Tourism Australia; the agency took forward the idea and conceptualised the communication by juxtaposing glimpses of Australia with Indian commentators’ commenting tonality.

The campaign will roll in India till 2020 November. Australia Tourism and Scarecrow M & C Saatchi have plans to roll out more campaigns in the coming year for the two tournaments.

The two tournaments will be contested across eight host cities: Adelaide, Brisbane, Canberra, Geelong, Hobart, Melbourne, Perth and Sydney. Half a million Indian visitors expected to travel to the host nation of the ICC Women and Men’s T20 World Cup in 2020-21

India is currently the fastest growing inbound market for Tourism Australia with five consecutive years of double-digit growth. The 2020 arrivals goal of 300,000 Indian visitors was achieved in December 2017, three years ahead of the target date.

The entire campaign will run across three stages, namely awareness, consideration and booking, which is eventually intended to drive visits to Australia during 2020 and beyond. In addition to the commercial, the campaign will leverage multiple digital mediums to amplify communication.

A mix of search, display, video, social, native, programmatic and content will be a part of the digital campaign. Content partnerships with broadcast and OTT platforms will also be leveraged as part of the campaign to showcase the destinations through iconic cricketers from both countries like India’s Mithali Raj and Australia’s Brett Lee.

The campaign will be amplified during the Australia tour of India in 2020 and the Australian Open 2020, as well as through public relations and international media hosting programmes that will see influencers from different fields having a first-hand experience of the game and beyond.

Australia’s Minister for Tourism, Senator the Hon Simon Birmingham, has announced additional funding of A$ 5 million for Tourism Australia to promote the upcoming ICC T20 Cricket World Cup to fans in India, with the aim of driving visitation to both the women’s and men’s tournaments as well as increasing Australia’s broader destination appeal in India.

The women’s tournament will kick off on February 21 when Australia takes on India at Sydney Showground Stadium, with the final to be held on March 8, ‘International Women’s Day’, at the Melbourne Cricket Ground. The women’s tournament presents an unparalleled opportunity to raise the profile of women’s sport as endorsed by ICC’s vision to set a new world record for the highest attendance at a women’s sporting fixture at the finals of the T20 World Cup on Sunday, March 8.

The men’s tournament will run from October 18 to November 15, 2020, with 45 matches expected to be broadcast to two billion people.