With a bug for acting in college days, Narayan discovered his copy writing skills with time and since then, it has been an amazing ride 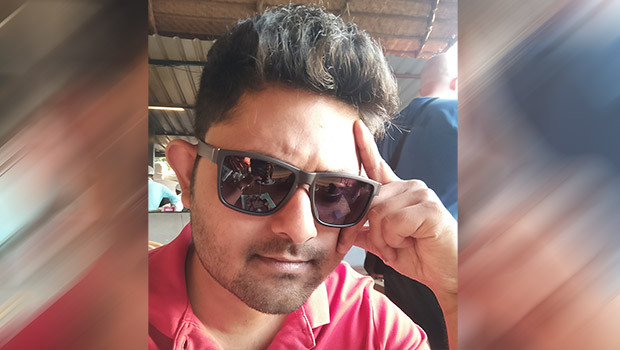 From carrying a passion of becoming an actor to making actors act on his idea for brand campaigns, that’s how the journey has been for Aditya Narayan, Copy Supervisor, L&K Saatchi & Saatchi.

Narayan had a knack for acting from college days and copy writing happened to him after he received accolades for a marketing and advertising assignment given by his college professor. “When I joined bachelors in mass media, I had no inclination towards writing. I later discovered and identified my skill and from then on I tried to give my best to my work. It’s been a constant chase for good work and that’s what I am chasing even today,” he said.

Born and brought up in Mumbai, Narayan did his schooling from Lilavatibai Podar High School and junior college from Mithibai College in Mumbai.

It’s been one-and-a-half years with L&K Saatchi and Saatchi and he feels it’s been amazing till now. Last year, Narayan received a ‘one show’ award for the campaign piece called ‘Kites of Hope’, which he thinks is his biggest achievement so far.

Narayan thinks there is a new learning with every single new project. In L&K, he started off working for Pepperfry. “Working for Pepperfry was very interesting because we had to talk to the larger mass of India, as it was a Diwali campaign. Navigating the space to talk to everyone and how to relate to every sensibility was the biggest challenge of that time,” he said.

“An interesting learning for me was to know how to work on a good writing style in order to appeal and engage the masses,” he said.

Narayan feels his biggest strength is his understanding of the consumer. This supports him to channel his communication effectively, making it focused and to the point.

However, he is a firm believer that practice makes a person perfect. He follows this mantra in his everyday life and advises the same to his junior colleagues in L&K. “To improve better, copywriters should exhaust themselves completely into writing,” he says.

Narayan’s written piece for the new IMFL brand ‘Sterling Reserve’ is very close to his heart. “It was quite interesting for me to work for this brand because I saw the brand growing in front of me. I saw the influence of copy and art that happened on the brand. It was great to see that my work had a contribution in the brand’s growth,” he says.

IMFL brand did sales of 1 million whiskey cases within nine months after the campaign was launched in the market.

He is content when he cracks a campaign or an idea for a campaign, and it brings a smile on his face.

What inspires him in writing is hard to say, because he addresses himself a watcher of all genres. “I love to keep watching videos; it could be anything which crosses my path.”

For him, it’s about filling his head with trash and then picking out some gem from it, but prefers to sleep when he faces the writer’s block.

He is fascinated by the writings of Khalil Gibran, Piyush Pandey, Salma Trusty and many other film writers. “I like writers who look at the world with a different lens,” he says.

According to him, a good copy will bring response from people irrespective of how simple or complicated it is. If it gets response from the audience, the writer’s copy has done the job. “One cannot pigeonhole creative writing, writers cannot stick to recent formats or demands, there are several ways of working,” he says.

Narayan is also an avid gamer — Fifa, PubG are two of his most played games. He also has interest in beatboxing. He does a lot of experiment with music; it helps him to look at creativity in a different way.

Narayan says the style of copy writing has changed. Today it’s less about storytelling and more about a statistical approach of selling the product. “It's about awareness, catching the consumer where he needs to be caught. It's about the consumers that got certain features and attributes about storytelling. At the heart of copywriting, storytelling is the most important factor when it comes to great ads because one cannot take out human emotions from anything in the world and if a person has emotionally invested in the brand campaign, then the brand and its agency have won the communication battle,” he said.

One of the most fun-working projects for him was when he worked for an Italian brand ‘Bauli’ and the toughest one was working for Sterling Reserve’s Instagram campaign.

“The most challenging project for me was Sterling Reserve, because we had a pressure of making good brand portfolio, which had to compete with some heavy eaters in the market. Brands like Blenders Pride and Signature have a huge brand and name value. To disrupt that market was seriously challenging and we needed to cut across all the clutter of campaigns of big brands, which was seen and appreciated,” he concludes.