Overall economic slowdown and not NTO is a challenge for broadcast industry, says Prathyusha Agarwal of Zeel

In a conversation with BestMediaInfo.com, the Chief Marketing Officer of Zeel discusses the impact of NTO, the falling advertising revenue of niche channels and the OTT impact. She feels that with festive spending pouring in, the broadcast industry will get over the slowdown 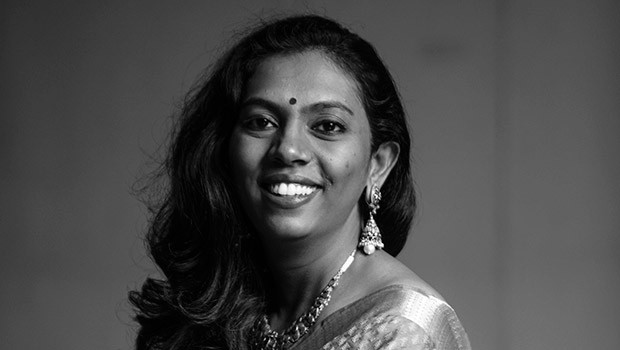 The broadcast industry is still reeling under the impact of the new tariff order (NTO) of the Telecom Regulatory Authority of India (TRAI). Niche channels have lost big on revenue and the free-to-air (FTA) ones, which were made paid by most broadcasters, have lost viewers. However, all is not lost yet.

The Zee group, the country’s largest broadcaster, has seen a tremendous growth in its subscription base, which is up by 46%. Advertising growth, however, still remains pretty slow.

In a conversation with BestMediaInfo.com, Prathyusha Agarwal, Chief Marketing Officer, Zee Entertainment Enterprises Limited (Zeel), said that though there had been some impact due to NTO in the early days, the main challenge for India’s broadcast industry is the slowdown.

Asked if the niche channels were suffering because the audience was now moving to OTT, she said these channels have seen a growth in their subscriber base. “OTT is expensive and the content is not curated. TV is cost-efficient. For advertisers also, the impression rate is the cheapest. There is no advertising on most OTT platforms. Also, if you were to advertise on digital, the environment (content type) where the ad would run is not certainly safe. TV doesn’t have these problems,” Agarwal said.

After seven months of NTO, the dust has not settled yet. The niche genres especially are still suffering. How much longer one should hold?

I wouldn’t technically call it a suffering. Let’s look at the compulsion. BARC data was never representative of niche channels because whatever was the size, it was in fluctuation. Hence, I think they have a better opportunity now. You will have subscriber numbers to talk about now. Samples will be no longer in hundreds and thousands but in millions. So clearly I see this as a great positive shift for the niche channels rather than a problem area.

If you ask what the strategy should be for niche channels, we are looking at them as subscriber led channels. Let me break that down. What we are seeing already is a good uptake in subscribers for our niche channels and the Zee prime pack that we drove. We are single-mindedly focusing on driving subscriptions. Now you can always say that people can watch English content on the OTTs. But the money that is paid for a TV or a cable subscription is around Rs 350 but costlier on an OTT platform.

The range of TV library is also not available on OTT and you have to put in an effort to understand if the movie is worth watching. That’s where I see the niche channels performing really well. We just need to get the content right. Advertisers need access to these premium consumers. There is no advertising on OTT platforms.

How is your overall ad and subscription revenue split?

As Punit Goenka mentioned, subscription growth is 46% and ad revenue is less. It is in single digit. This is just because of the overall economic slowdown.

Do you think advertising is moving from niche channels to digital?

There are both lazy marketers and detailed-oriented marketers. The lazy marketers only look at the PR thing and jump to the conclusion that everything is moving towards OTT. I always say, look at the numbers—836 million TV consumers, 68 million OTT and 2.5 million digital-only consumers, the so-called cost cutters. Any brand or premium category marketers will not want to reach to this limited audience. They will always be willing to reach out to a larger audience, where the cost per impression will be the cheapest, and that is a right investment that is happening, though it may take a while.

For the FMCG sector, the ecosystem in which their ads are displayed is super critical. Imagine Colgate Suraksha or Surf Excel ads being served in a bad digital environment. In Zee, you get the same consumers through our TV and digital ecosystems. So you can deliver the TG through TV. They will see the ad on Zee5 as well as on Facebook feed in a very safe and emotionally bonded environment. That’s what is working for a mass advertiser who wants to do digital and wants to reach the audience emotionally.

If we talk about all Zee channels, what works better, packs or a-la-carte?

It is always easier for a consumer to buy a pack but very difficult to sit and select each channel. So there is a consumer track that we have been running since the pre-NTO days, which shows 53% chose operator packs and 31% chose broadcaster packs. Even in the operator packs that got chosen, in case of Zee, the regional channels used to get added as top-up channels. So it’s not about if boutique or a-la-carte is working; that not a broadcaster’s call. That is down-the-chain consumer behaviour. For us in both the cases, it’s the brand pull that is working.

Do you get proper data about subscriptions without any fear of under-reporting? What change do you wish in the reporting?

What TRAI has done brilliantly is creating uniform pricing and transparency in this sector. So once they start the monthly active subscribers’ kind of a thing in public, then only I think the technical glitches will reduce and we will move to a place where we don’t even have to think that there used to be problems like that. I think it’s a very positive direction in which we are heading. The moment you remove opacity in a category and make the consumer involved in the choice by breaking out the bulk, we will not have these technical glitches. Now consumers are more aware and their behaviour has changed. They get into the detail due to which the value change has evolved. This will enable to drive value for an operator and open communication between the operator, MSO and broadcaster, which will ultimately lead to a proper pricing of channels.

TRAI’s consultation paper about discounts is being contested heavily by all stakeholders. Isn’t it absurd because if capping was there in TRAI’s scheme of things, they should not have withdrawn from the Supreme Court?

The pricing is never fixed for anything. The price of a bottle of soft drink changes every now and then. This campaign discovered pricing for the first time. It will take a while to titrate and settle down and then play down according to the market price. So honestly I don’t think it’s fair to ask. It has to be titrated and the market should be open for a feedback loop, which has to be such that we offer the best value to the consumer. Honestly, I feel that the sector has to learn to place the pricing as a factor and that is happening right now.

What was the challenge and how does the market seem to be in the coming months?

Second-rung channels such as Zee Anmol are major casualties of NTO. What was the thought behind making them paid? Has the strategy worked?

Every category has a recruitment champion in its portfolio and Zee Anmol is going to play that role. Currently a large number of customers were not paying. And you suddenly say pay. It’s going to take a while for the migration to happen. I think that is what Zee Anmol is facing right now. People who were not used to paying anything will now have to pay and that amount is very minimal. People who were watching five channels will now have one. But soon they will get bored and migrate and pay for other channels. And that’s when people will move from being free users to pay users.

12-week data comparison between pre- and post-NTO shows that ad insertions have grown on SD channels but sharply declined on HD channels despite a growth in viewership. How would advertisers come back to HD channel with full thrust?

I think that happens during any transition. Given that advertisers are very consciously evaluating, it has played a role. But for core HD consumers who have loyalty, we have seen a 30% upwards growth in HD subscriptions. But I think in the current scenario of HD vs SD, SD scores because consumption is much larger and it will take a while for the transition to happen.