The third and fourth quarters of the current fiscal might ring in good news for publishers. With increased political advertising in Maharashtra, Haryana and Delhi, English dailies such as The Times of India and Hindustan Times are making up for the negative revenue growth in the first six months of 2019-20 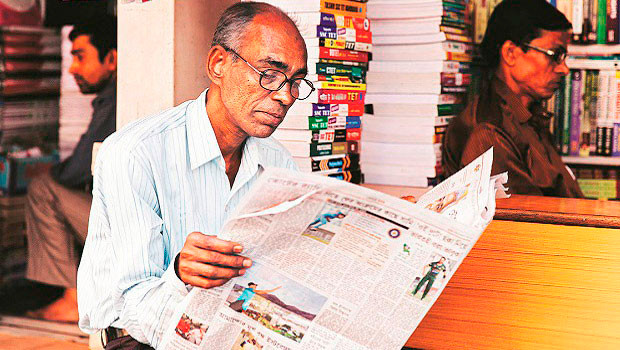 The upcoming elections in Maharashtra, Haryana and Delhi are lifting the balance sheets of India’s embattled print industry that has seen its revenue shrinking in the first two quarters of the current fiscal.

Maharashtra, which contributes about 30-40% revenue of the Times group and nearly 25% of HT Media, is going to polls on October 21. The political parties are spending big in the region, giving a much-needed impetus to leading print media companies.

Not only English, Marathi publications such as Lokmat and Sakal are also gaining big.

Media expenditure is also picking up in the Hindi-speaking state of Haryana where publishers such as Dainik Bhaskar, Jagran, Times Group and HT are the major gainers.

Though the Delhi state elections are still a few months away, the Aam Aadmi Party government is spending big on print media by buying full-page ads in all leading dailies. According to a rough estimate, the Delhi government might spend more than Rs 100 crore on advertising. Political advertising will pick up further in Delhi once the state assembly election dates are announced.

Consumer brands are already spending heavily on print during the ongoing festive season.

Gaurav Gemini, Business Director, Carat India, said print has always been a credible media and readers look up for information owing to the trust factor the sector has built over time.

“Haryana, Maharashtra and Delhi are important polls as they are the first ones after the general elections 2019. These elections have already attracted enough attention both in media and consumers’ minds. This will increase traction in print, as people have increased interest during this time to know about general affairs and their candidates, what promises are being made and how much every party is committed towards citizen’s needs,” he said.

Election is a period that sees an almost 34-36% spike in print adex (average of last three cycles of general and state elections in the country). The prediction for the growth of adex in local print during the election campaign period is around 35% to 40%, according to Mediacom. In India, adex spends are reported for print, TV and radio. OOH, cinema and digital activations are not reported by any third party auditory.

However, with a boost in digital due to the penetration of smartphones, there has been a slight shift in terms of the media mix used by political parties for their campaigns. There is a significant shift in use of local mediums from print, radio and OOH to audio-visual mediums such as TV, cinema and online videos.

Banik said that a significant shift has happened to digital from local print and radio. “This is primarily because of digitisation and hyper-local targeting possibilities with digital. While print spends came down from 60-65% to a mere 38-40%, TV grew from 18-20% to 35% and digital from 2-4% to 18-20%. In the following trends, with national parties being major adex investors in the state assembly polls and adopting hyper-local strategies with digital, we expect a boost for local radio, cinema and digital. Print, however, will be the key medium,” he said.

Gemini said it will be interesting to see how the election commission and political parties will break the clutter and successfully deliver the message.