DTH operators have witnessed a 25% fall in subscribers in the April-June quarter. Despite the onslaught of increased subscription prices and viewers moving to OTT platforms, Tata Sky claims to retain subscribers. Anurag Kumar, Chief Communications Officer, Tata Sky, shares how the DTH operator has kept its house in order at the time when other players are losing viewers to OTT platforms

The 25% fall in the subscribers is said to be because of multiple reasons including some reclassification or redefinition of subscribers, increased prices of packages post the implementation of the new tariff order, and the migration of urban-young audiences to the OTT platforms.

However, despite the onslaught of streaming apps and new tariff order, DTH operator Tata Sky is one such player who managed to retain its subscribers. 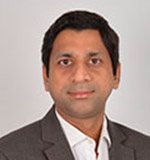 When asked about the factors that helped the distributors in retaining the subscribers, Anurag Kumar, Chief Communications Officer, Tata Sky, said, “Consumption behaviour of consumers on Tata Sky has not changed post-NTO, mainly because we kept in mind our consumers' requirements. The process of choosing packs wasn’t new for our consumers. NTO only provided parity in price, giving us an opportunity to provide subscribers with quality entertainment using easy and simple steps at an affordable price. Also, we have not only offered relevant channel packs to our consumers but have provided additional services to our consumers.”

Recently, Tata Sky expanded its reach in the south market with the launch of regional HD channels across genres. The distribution platform is offering tailor-made packs starting at a price as low as Rs. 199/ per month and has also launched ‘Jinga Jinga Jingalala’ campaign in the South market to explain the benefits of DTH packs over cable TV connection.

It’s not just Tata Sky, but several players such as DishTV, Airtel and Vodafone are focusing on offering aggregated content to its consumers. On the increasing consumption of content on the OTT platform and focus on aggregating content, Kumar said that the consumption pattern is changing hence it is necessary to cater to each segment of the audience.

“We aim to cater to our subscribers' requirement and give best propositions to our consumers whether on Tata Sky Binge, DTH services or mobile app. Today, there are various OTT apps for entertainment consumption, on Tata Sky Binge, one gets to consume content from four or five apps that have a huge demand. They are integrated in such a way that it is very cost-effective for a consumer to have them,” he stated.

With the growing awareness amongst consumer and a steady increase in subscribers, Tata Sky is also attracting its fair share of advertisers. The platform has provided its advertisers with the option to utilise space on the landing channels and has attracted numerous premium brands.

Kumar said, “We have Luxury brands especially automobiles showing interest in advertising on our landing channels as they can reach out to a wider audience. As we are expanding our consumer base, it is beneficial for the advertisers to use our platform. Instead of advertising on regular TV channels, they can advertise on Tata Sky, which is very relevant & cost-effective and can help them reach their target customers.”

With the festive season around the corner, the platform has lined up marketing initiatives to attract consumers. The brand has launched an activity around a mobile van which will go to rural areas and make potential customers aware of the benefits of a Tata Sky connection. Going forward, the platform aims to create awareness amongst consumer through more such initiatives. They also aim to create quality linear content for its consumers and offer best value propositions.