Paytm, which has a 70% share in offline merchant payments, plans to cross 250 million active users by the end of FY20. Jaskaran Kapany, Marketing Head of Paytm, tells BestMediaInfo.com how cricket and television have been consistent with the brand’s marketing strategies, and what ROI the sport gives 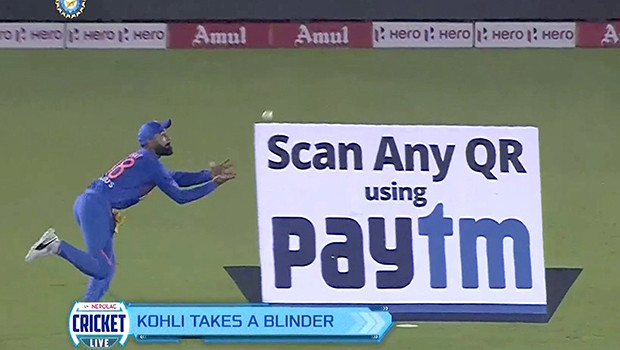 In a bid to ensure digital payments reach every nook and corner of the country, e-commerce payment system and financial technology company Paytm is committed to reaching out to new markets, on-boarding more merchant partners and customers.

With a monthly active user base of 140 million, the brand is targeting to cross 250 million active users by the end of financial year (FY) 19-20. Having a 70% share in offline merchant payments, Paytm is accepted at over 14 million retail outlets, which the brand wants to increase to 25 million outlets by the end of this financial year. Having already processed over 1.2 billion merchant payments in the first quarter, it is targeting to take it to 1.5 billion this festive season.

For a brand to target these big numbers, it becomes quite exasperating without journeying along the base of its users or merchants. Jaskaran Kapany, Marketing Head of Paytm, told BestMediaInfo.com how the brand is keeping its users at the centre and what all new offerings it has to offer. Discussing how keeping cricket at the forefront has helped the brand achieve unparalleled reach, he said TV has remained consistent and digital is gaining share in ad spends. Kapany explained how this festive season Paytm Mall is aiming at $300 million (Rs 2,100 crore) in Gross Merchandise Volume (GMV).

Paytm has been dominating India’s mobile payments ecosystem. Focused on providing innovative digital payment solutions that simplify the day-to-day lives of its users and merchant partners, the brand recently innovated ‘Scan any QR’ to make payment. Being a leader in tier I, II and III cities, the brand plans to expand to tier IV and V locations for which it is investing Rs 750 crore. Apart from this, it is getting into insurance and lending soon. 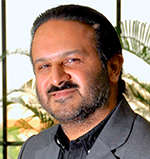 Kapany added, “Tier I cities like Delhi, Bangalore, Mumbai and Hyderabad lead the wave of digital India in offline retail by registering the maximum merchants and transactions. Delhi-NCR is on the top, showing a 40% growth in total digital transactions at offline merchant stores in the last six months.”

The company, being the first one to identify the need for a low-cost payment method, has been attributed for revolutionising the digital payment ecosystem, in terms of both convenience and saving time.

Asked what has kept the brand afloat and consistent in the industry given multiple players such as GooglePay, PhonePe, etc., have entered the space, Kapany said its undisputed multiple offerings has made the brand a superior product.

“It is not all about payments but so many other services such as booking movie, bus or flight tickets, Paytm Mall, bank and other services. We have been very hardworking when it comes to the customer and the merchant experiences. Being the leader in the market is important but keeping the end user, especially the merchants as equal as people like us, is more important,” he said.

While other competitors are attracting consumers with alluring cashbacks, Kapany believes such offers are not the right way for retaining customers. It may be a short term way of acquiring customers but not the long term. Cashback as a strategy is only good when it gets some people in, but what brands do with the product and the experiences matter much more.

Paytm has certain kinds of loyalties unlike the kind of cashbacks that companies traditionally do.

“Our cashback is basically promoting the Paytm ecosystem offers, a way for retaining customers. On one transaction, it gives customers some offers for our other services, something that the customers really find value in and also this is at the core of the philosophy that it is adding back to the Paytm business. It is different from just simply burning money out there,” he said.

The brand has recently launched Paytm First, a premium subscription-based loyalty programme, with which it is offering exclusive benefits over and above its regular offers such as video music streaming, traveling, shopping lifestyle, deals on Zomato Gold membership, annual Gaana membership, Oyo, UberEats. Kapany said this is to delight the customers who have been loyal to the brand and so that their loyalty stays over a longer period of time.

With such diverse products and offerings, the company invests in a different kind of marketing support in different life stages of products, Kapany said.

On most occasions, it has been an optimum combination of two-three media vehicles for the brand, where TV has always been consistent. Depending on the kind of businesses, it has different combinations based on the objectives of the campaigns. TV, Kapany said, has always worked for the brand in terms of reach and cost efficiency.

With digital gaining importance for Paytm over a period of time, he said the combination of TV and digital amplifies the strong emotional connect with the audiences.

Apart from this, the partnership of Paytm and cricket has become one independent media vehicle for the brand.

“Cricket had been very impactful for us as a vehicle for brand-building. And it has almost become an independent media vehicle. We have two kinds of relationships with BCCI. One is title sponsor of BCCI home cricket since 2015, which we have now renewed and are going to be the incumbent for the next four years till 2023. And also we have been a part of the IPL for the last two years as umpire sponsor,” Kapany said.

Cricket is a religion for most of the Indians and is undoubtedly the most-followed sport across geographies with involved viewers. For the brand, it has given it an unparalleled reach. And an association with such a big sport, he said, is a phenomenal perceived value for the brand that has worked exceptionally well.

“Being a title sponsor or an umpire sponsor is only 10% of the battle won. Important is how you activate this. From the very beginning, we have ensured that the sponsorship is not at a very basic level. We have always been advertising important business lines Recharges, Movies, Travel etc since very beginning unlike historically how other brands used to just put their logo over there. We are the only company that has taken the QR code to stadiums,” he added.

In the first two years of its partnership with cricket, it had witnessed a massive app install and downloads. With every match, there was a 15% increase in its app downloads and this made it one of the companies that was successfully able to link such partnerships with measurable ROI-led objectives.

Advising marketers on such sponsorship strategies, Kapany said, “Brands before spending money on sponsorships should be very clear of its objective since it is an expensive affair. And just because brands have sponsored with such big events, doesn't mean that the customer is going to notice. Brands have to activate that sponsorship in a way that is in the interest of the brand. We made a lot of noise around the brand, which is why people also remember a lot more.”

Such massive portfolio based on digital often comes under scrutiny when it comes to consumers’ safety.

Available in 11 languages, the Paytm app, Kapany said, is built on the pillars of the customer safety and security.

“At the basic level, Paytm app as an entry point of payments is very safe with a rigorous safety check. When our customers use Paytm to scan QR code, the data gets validated by the app using the Paytm server API, which ensures that no one can use a fake QR code. We have AI-backed fraud and risk engine. It scans all QR code payments in real time, and in case, there is 0.1% possibility of fraud, payment gets rejected. No actions beyond permitted IPS are allowed. We are one of the most stringent geo-fencing firewalls that isolate the system from external threats coming from fraudulent companies,” he said.

With the highest level of encryption, the brand has a whole array of security measures that allows not only a huge volume of transactions but keeps it very mindful of the fact that the customer’s hard-earned money has to be taken care of.

Apart from that, Kapany shared how the business of Paytm Mall, a separate entity, has been faring. Working on an omni-channel model, the brand’s GMV target is not less than 2.1 billion dollars for the entire year out of which 60% is expected to come from O2O model.

During the festive season, it is aiming at $300 million (Rs 2,100 crore) in GMV. Having on-boarded 30,000 new retailers, a large volume of its business is coming largely from smaller towns, tier II, III and IV cities while metros contribute only 40%.