The ad regulatory body, in an attempt to protect consumer interest, is framing guidelines to enable users to make informed decisions. BestMediaInfo.com speaks to industry experts to understand if ASCI has gone a bit overboard or if this can bring in transparency to table for real

The Advertising Standard Council of India (ASCI) recently announced that it is working on disclosure norms forĀ social media influencersĀ promoting products on the internet and is likely to release them in the third quarter of this year. The council plans to frame these guidelines on the basis of international best practices, so that users can make informed decisions on their purchases.

It shared on Twitter that the ecosystem needs guidelines as it will bring more transparency and help protect consumer interest as they trust what bloggers/vloggers recommend. The guidelines should include rightful disclosure of paid partnership, different types of promotions/collaborations.

ASCI is listening ! - āWe do need guidelines as it will bring more transparency and help protect consumer interest as they trust what bloggers/vloggers recommend. The guidelines should include rightful disclosure of paid partnership, different types of promotions/collaborations" https://t.co/PgAMAXyw4m

The announcement was enough to kick off the debate. Industry experts over social media are arguing whether or not people, or rather consumers who blindly follow influencers of all kinds, need any protection at all? Is ASCI questioning influencers and followers, what is its intent and so on?

BestMediaInfo.com spoke to a few industry experts to understand what exactly the heat is about. Will this move be a way forward to a more transparent digital āadvertisingā or is it something not required at this stage? Do consumers need protection from what is being endorsed or from the blatant false claims?

Influencers in the digital space play very similar role to what brand ambassadors do play in a mainstream media kind of environment. With over 300mn+ users on Facebook, 265mn + on YouTube and 75mn+ on Instagram, a large bracket in India is being exposed to influencer content day in day out. 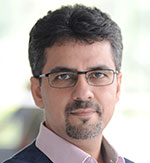 Karan Kumar, Chief Brand and Marketing Officer, Fabindia, said that while influencers are responsible for influencing just a closed group, but even the people within that closed group at the end of the day are consumers. So, whether or not, they are part of a larger media ecosystem, everybody deserves the right to be transparently told about whatever is being endorsed in terms of product. Internationally it is the norm, India should also adopt this.

While celebrities endorsing brands and products in a TV ad clearly conveys audiences about their commercial relationship, in case of influencers that level of transparency is a little bit of a grey area.

Kalyan Kumar, Co-founder and CEO of Social Catalyzers, said, āInfluencer marketing unlike technically paid media marketing involves a certain amount of credibility of the influencer, which has been purchased. Thus, ASCI need to consider all the stakeholders ā the brand, the consumers and the influencers. There is also the fact that the influencer may actually love the product or the proposition that the brand promotes. It's not as simple as a neutral ad. So, there it requires some intelligence of thought to bucket it. Consumers are very discerning and need protection not from what is being endorsed but from blatant false claims.āĀ  He said all regulation at the end of the day keeping all the stakeholders in mind is always beneficial.

While a handful of people are arguing on ASCIās intent and the body crossing the line, Karan Kumar said, āThe intent behind all of this is to ensure the consumer at the end of the day gets that correct, transparent understanding of whatever or whichever brand is being endorsed. From an intent point of view, I don't think there could be anybody who could fall flat. A certain degree of transparency even in influencer endorsements need to come in, where the audience at large, whether it's a follower or a non-follower, should know whether this piece of communication is being paid or sponsored or beingĀ  organically put up in complete good interest. As a responsible brand, we would always want our consumers and audiences to know the absolute truth.ā

Today, influencer marketing is everywhere on social media, the one place from where most consumers get their information, and no one is calling it out as an ad, said Madhavi Irani, Chief Officer Content, Nykaa. Millions who follow influencers are quite gullible and it is a responsible thing to do to let them know whether it's a genuine piece of advocacy or a brand marketing line that's being thrown at them, she said.

She added, āToday more than 80% of millennials look up to 'experts' and influencers for advice. If the basic premise of this advice is biased, and guided by monetary returns, we owe it to the general public to let them know it's a paid partnership.ā

The larger pie of the audience that takes the book by the cover and are not too savvy with marketing rules ought to be told clearly about paid partnerships. Placing paid partnership tags on digital will not help 100%; but not placing them is like cheating the less savvy audience, said Shradha Agarwal, COO, Grapes Digital.