The initiative urges men to bring about a positive change in the dynamics of a marriage, wherein women tend to make more compromises. It is a call to men to support their wives by taking up more responsibilities at home

Dentsu Impact, the creative agency from Dentsu Aegis Network, has released a campaign for the Hindi daily Hindustan, from the HT Media Group, titled ŌĆśAathwa PheraŌĆÖ, focusing on the importance of an equal status that both husband and wife should enjoy in a marriage.

Apart from a film which is running on digital platforms currently, the campaign will spread across print, radio, outdoors and most importantly on ground. With Karwa Chauth celebrated on October 17, the campaign is expected to garner a huge positive response and many men taking the opportunity to promise equal rights to their wives.

Standing true to HindustanŌĆÖs positioning of ŌĆśTarakki ka Naya NazariyaŌĆÖ, the campaign brings out a fresh perspective on how one looks at marriages. Targeting the Hindi-speaking belt, including UP, Bihar, Jharkhand, the initiative urges men to bring about a positive change in the dynamics of a marriage, wherein women tend to make more compromises than men today. It is a call to all men to support their wives by taking up more responsibilities at home. 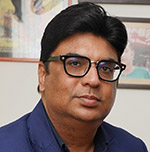 Rajan Bhalla, CMO, HT Media Group, said, ŌĆ£Hindustan is a progressive brand, and believes that new perspectives have the power to bring about positive change in the society. Aathwa Phera is an initiative that will connect deeply and emotionally and it will evangelise the core brand positioning of Tarraki Ka Naya Nazariya. Most importantly it will bring home the message of gender equality in the society." 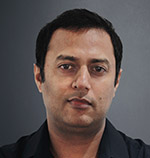 Soumitra Karnik, CCO, Dentsu Impact, added, ŌĆ£The narrative of gender equality has been there for a while now. However, we still hear stories every day that prove there is still a lot to be done to ensure equal status for women (especially in certain regions). Everyone talks about equality in the workplace, jobs, opportunities etc., but what about our homes? What about the husband treating his wife as an equal? This is where our concept came from. We want each and every man to take a vow that he will support his wife and ensure her equal status in a marriage.ŌĆØ

Megha Jain, Sr. Vice President, Dentsu Impact, said, ŌĆ£Aathwa Phera is not just a creative campaign for us. It is a campaign that should move people, relationships and move the society. Our concept is very simple, and in that lies its power. One takes seven vows during a marriage, vows that are supposed to help a couple live a happy married life. We need to add one more vow to this, a vow that is critical for any marriage to be a happy one ŌĆö the vow of equality.┬Ā With this campaign, we want to encourage more and more couples to take this vow, and not just newly married couples, but people who have been married for any number of years. We chose to write this concept putting the onus on the man as we feel equality isnŌĆÖt something that a woman needs to fight for, it should come naturally in a marriage, and for this, it is more important to get men to embrace this.ŌĆØ

Tags: Hindustan equality in a marriage in new campaign Dentsu Impact
Advertisment
More from this section