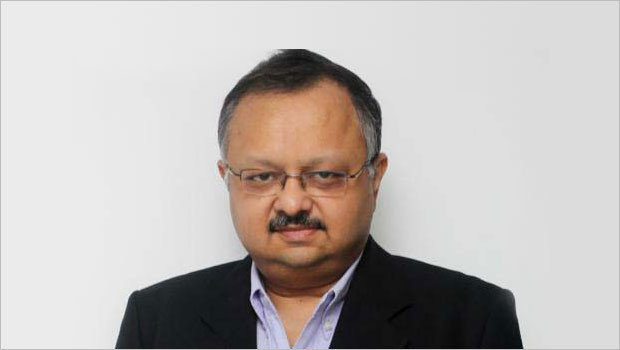 The M&E industry got to know on Tuesday that BARC India’s first CEO Partho Dasgupta has stepped down after six years of establishing and running the world’s largest Television Audience measurement company, which is a Joint Industry Company of Broadcasters, Advertisers and Agencies.

Many, who couldn’t think of a person as sharp-minded as Dasgupta— since a few months, rumours were rife that the industry body was finding his replacement—wondered what went wrong. After all, he was managing the show despite all sorts of pressure, including from TRAI and the government.

Even as the menace of landing page and dual LCNs were quite prevalent in the broadcast industry including general entertainment and news genres, all was well until the launch of Arnab Goswami’s Republic TV in May 2017. As the channel opened at the top, the rival English news channels complained to various authorities including TRAI, Ministry of Information and Broadcasting, and High Court about Republic TV using landing page and dual LCNs for the artificial spike in viewership. Subsequently, in the process to beat Arnab, a few such as Times Now and CNN-News18 resorted to the same tactics but as it is said, it was tough to beat him in his game.

The rivals of Republic expected BARC not to report the viewership data allegedly coming from any of such malpractices but the measurement body maintained that they can only weed out the outliers.

As of today, landing page has widespread in the industry ranging from large Hindi general entertainment channels to smaller regional players. Industry sources say Star India, Sony Pictures Networks India and Network18 have invested hugely on landing across the country and were exerting tremendous pressure on BARC India.

Earlier this year in February, Republic launched its second news channel in Hindi and was accused of repeating every tactic, including landing page. Republic Bharat opened at No. 7 in the Hindi news genre, and grew to become No. 2 on the back of strong content line-up during Balakot air strikes supported by a strong placement on DD Freedish. It clearly posed a threat to long-established players.

The rattled competition waged war against this and accused BARC of being a spectator of rampant usage of landing page. They questioned how could a new channel attain a reach of 200-250 million in a month whatsoever be the case. They also expressed suspicion about some proximity between BARC and Republic.

When TRAI’s new tariff order was implemented, it had called out landing page as malpractice, which was challenged in TDSAT. The tribunal observed it as legal, terming it as a marketing tool. Dasgupta took this opportunity to show the news broadcasters that BARC India was already filtering out the unusual spike in viewership called outliers, which could mainly be because of landing page. They released almost raw data in Week 22 of 2019, which saw CNN-News18 at the top.

Was it the last nail in the coffin? Did news broadcasters take it as a showdown challenge?

It is known to the industry which broadcasters did not resort to landing page and who invested huge in it and wanted ROI. They accused BARC India of taking sides at the time of weeding out the outliers and asked the entire process to either be automated or left untouched. Following this, the story of how the Oversight Committee was formed and what did it achieve is in the public domain.

But it was hogwash for the already angry broadcasters who said they had assumed what the committee will finally say.

Dasgupta was evidently disturbed by these allegations and was under tremendous pressure for more than six months.

Well, a few may now be celebrating Dasgupta’s wicket as their victory but it could more be a loss for the industry.

All in the industry know what it takes to run a complex structured institution like BARC which visibly has three industry bodies as stakeholders but five bosses, including TRAI and MIB. It takes one’s 150% time and energy to run this.

As the creator of the system is out of the system, Sunil Lulla, who is a marathon runner at 60 and said to be the blue-eyed man of the country’s largest broadcaster, has been placed as replacement of Dasgupta.

It is a disruption in the system and time will tell if this disruption is good for the industry.