Brands in a fix for using same stock images, experts suggest way out

As part of their marketing campaigns, rival brands release print ads but end up using the same image 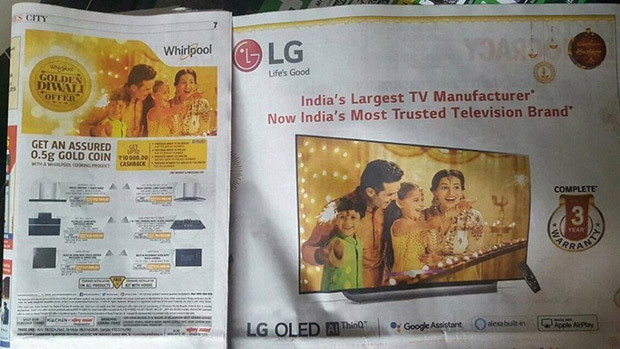 In advertising and marketing, nothing is arguably more essential than imagery. A picture holds even more relevance for a print ad because the medium stands between the product and the consumer receiving the message.

So, in case a brand or ‘rival brands’ get too lethargic or careless before releasing a creative, chances are they may end up committing a blunder of choosing a same image and draw embarrassment.

That’s exactly what has happened with LG and Whirlpool — two iconic consumer durable brands — that recently released print ads on The Times of India to announce their festive offers, albeit using the same image. And people were quick to take a note and post on social media.

It was not just these two brands that did such a goof-up. Jeevansathi.com and MarathiShaadi.com too released print ads recently using the same picture, giving twitteratis enough reasons to take a dig at the brands.

Not too long ago another such incident happened. In 2013, the Congress government in Maharashtra released a series of ‘Bharat Nirman’ advertisements. However, in one of the creatives, the grand old party of India used a picture that was remarkably similar to one that had been carried by the Bharatiya Janata Party to publicise its ‘Antyodaya’ campaign.

But it’s not just about drawing flak from the consumers on the digital platform. Underneath this social media embarrassment is a graver issue that needs serious attention — both from who’s who of the marketing and advertising world. For many, it may be a mere coincidence. But the incident raises some serious questions — are agencies facing a dearth of creative ideas? Is the advertising industry facing talent crunch; is it the outcome of slashed budgets?

Or should brand managers take the onus of this mistake? And whose mistake is it actually — an ad agency or the brand?

While neither LG nor Whirlpool commented on the incident, we reached out to experts from the brand and advertising world to understand the underlying issue. 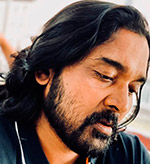 According to Sachin Das Burma, Founder and Creative Director, SDB Creations, at times due to lack of time and money, clients or agencies tend to buy stock images for communication and this is what has happened in this case. “I don’t think any agency’s creative team would do this deliberately. The onus of this mistake lies with the creative agency though. But then it’s completely not under anybody’s control to monitor if the same image is being used by another agency,” he says. 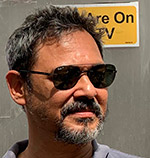 Echoing similar sentiments, Samit Sinha, Founder & Managing Partner, Alchemist Brand Consulting, said that while advertising agencies should primarily be held responsible for the goof-up, brands should not be exonerated either. “Often clients do not give agencies sufficient time or the budget for an original shoot, especially for these kinds of tactical one-off print ads,” Sinha says.

That means such kind of a faux pas was waiting to happen given that using stock images from online image banks has become a standard practice in the industry. And after all, there are only a finite number of images under each category. So, when people from different advertising agencies search for “Indian family” + “Diwali” or “Marathi Matrimony” images, there’s a very good chance that the same image or at least the same set of images would pop up for purchase.

In fact, Shubho Sengupta, a digital marketer (ex-Contract, JWT), says that for the last 15 years, advertising has been going through a bad face. “Work standards in advertising have always been falling. As for this goof-up, marketing or brand manager should be held responsible because it is his job to make sure that brand guidelines are followed.”

Brand Strategy Adviser Prabhakar Mundkur holds a completely different view. According to him, the onus is on the advertiser and its ad agency to maintain propriety. The brand that uses the image first has done no wrong. The brand that uses it second can be blamed for plagiarism, in spite of having rights to the image. “Agencies should look at originality rather than accessing image banks where there is a risk that more than one vendor may access the same image,” he says.

“I think, even if one buys images, ad agencies should buy exclusive rights so that no one else can access that image,” Mundkur adds.

Ironically, image banks, vector banks, graphic design banks accessed by art directors are responsible for the lack of originality in advertising. For example, two different art directors accessing the same vector design might come up with similar-looking logos for brands. The same applies for advertising and graphic design too. If two or more brands access these pictures from an image bank, they have paid rights to use the picture. The image bank does not care who the buyer is, it sells the same image twice, trice or multiple times.

Hence, Burma believes that the mistake is of the stock picture company that sold or allowed the same image to be used by two different parties. He refrains from the argument that there is a dearth of creative talent.

“The onus of conceptualisation lies on the creative agency and they should be more careful. The brand team only selects or approves from whatever is presented to them. The agency team should be absolutely sure when buying stock and make sure they have copyright on the usage,” suggests Burma.

To avoid such types of brouhaha in the future, both agencies and clients will have to resist the temptation of a quick solution that an image bank presents and instead invest time and money to commission an original photo shoot in line with the defined identity of the brand. Stock images should be the last resort. 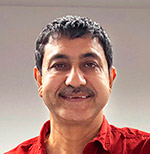 “Using human images is a critical part of advertising. There used to be a time when people used to invest in photography. That’s not happening due to lack of funds and time. Hence, creative agencies should invest time, money and efforts in the photo shoot,” suggests Ullas Chopra, NCD, Triton Communications.

As for agencies, they may not be having the desired time or budget to conduct a custom shoot and be left with only stock visuals to execute an otherwise high visibility campaign. The truth, however, is that there’s no end to creativity and for festive communications such creatives can be planned well in advance as Diwali, Eid, Christmas will be celebrated every year. So, agencies should leverage the opportunity to craft interesting and impactful ads. 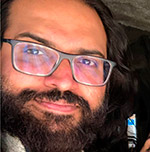 “Agencies can be more pro-active in preparing a calendar and not always rejoice in chaos. Clients can consider initiating such briefs much in advance instead of making it last minute,” suggests Sameer Aasht, Founder Director, Alma Mater PLC. 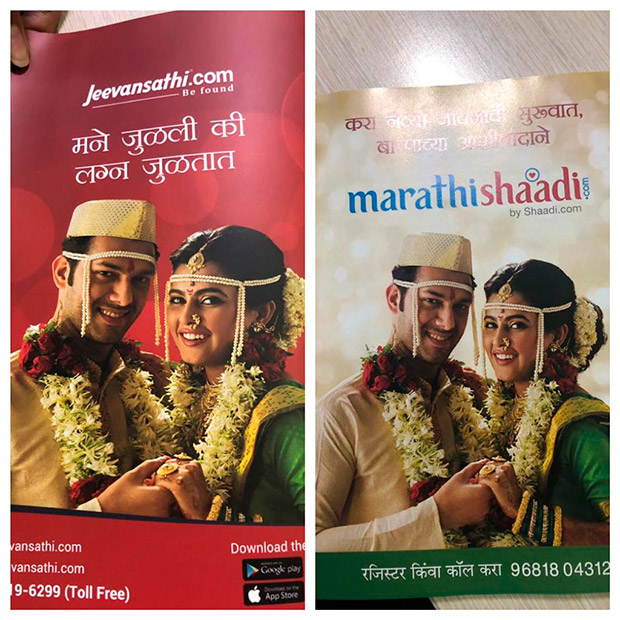 Tags: Brands in a fix for using same stock images experts suggest way out
Advertisment
More from this section