Slowdown or not, why advertisers keep flocking to Bigg Boss house 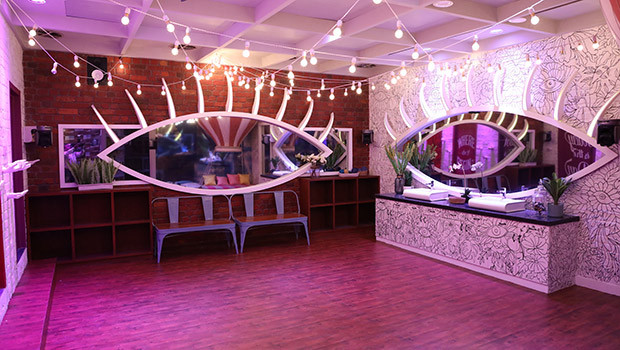 Superstar Salman Khan as the host, celebrities staying together in the house for four months and a 10:30 pm late night broadcast slot. All of these make for a cocktail of best of entertainment that will have emotions running high and an underbelly of a slightly voyeuristic content.

Experts believe Bigg Boss has all ingredients to get the viewers glued for four months.

But are the advertisers, who have cut down their adex in the recent months because of the slowing economy, willing to board the Bigg Boss show at the price Colors is seeking?

The answer, according to experts is, yes. Despite the slowdown, the country’s top brands are willing to shell out almost Rs 45 crore for the title sponsorship, which is a marginal increase over last year. The associate sponsorships are sold between Rs 7-10 crore.

To fight the negative mood in the industry, Colors had earlier even thought of breaking the sponsorship into two, dividing it into two months each. However, the channel did offer a sweetened deal by bundling in other inventories to get the right pricing.

According to Hema Malik, COO, Lodestar UM and Managing Director, Magna, the reason why Bigg Boss has been able to command these rates, which are similar to last year’s despite advertisers cutting down overall TV adex, is because Indian TV has very few reality shows and Bigg Boss still manages to attract massive audiences.

Despite no supply of fresh shows, the sponsorship rates for the properties such as Bigg Boss have been stagnant or have seen a marginal increase.

“Getting clients on board as sponsors is becoming tougher for a property that runs for a long duration on TV. But the brands who believe that Bigg Boss works put money on the show,” a senior buyer with a large agency told BestMediaInfo.com on the condition of anonymity.

The reason why no slowdown ever leads to a reduction in sponsorship tags of big-ticket properties such as Bigg Boss and a Kapil Sharma show is that clients relate to shows as they are watching it as well. While for some shows of other formats, the client won't know how it looks as they don’t consume it.

Another very popular reality show on TV that has beaten the trend of falling ad revenues is the Amitabh Bachchan-hosted Kaun Banega Crorepati on Sony Entertainment Television as it also manages to get almost similar sponsor money to Bigg Boss.

“Over the years, there has been no issue of getting title sponsors for these shows. This year was overall challenging and it wasn’t any different for these properties because of the overall economic slowdown but otherwise, both these properties are equally strong. The kind of sponsors you get on Bigg Boss might be different than those on KBC,” said a CEO of a leading media agency.

Part reasons why the title sponsorship prices have not fallen is because Chinese handset companies such as Oppo and Vivo, who are big advertisers, are willing to be a part of these properties.

“Before these phone advertisers tied up with Bigg Boss, KBC was definitely a Rs 40+ crore deal and Bigg Boss was a bit lesser may be less than Rs 35 crore. But now Bigg Boss has managed a better pricing given its content suits the handset manufacturers more. All this is for the premium audience that Bigg Boss attracts. In terms of absolute numbers, KBC’s viewership is far more than that of Bigg Boss,” said another leading industry expert.

Experts say television is facing challenging times as sponsorship rates have stagnated even though absolute reach numbers for TV are growing. The option for watching shows such as Bigg Boss on digital has also diverted ad monies.

Will TV shows gain from the upcoming festive season?

Adex on TV is likely to increase a bit in the festive season. But will brands put in their money on regular format shows or big-ticket reality shows?

According to Malik of Lodestar UM, “Established and limited-run properties like Bigg Boss and KBC are always safe bets. An Indian Idol kind of programme is talent-driven but I think Indian Idol should do well, historically it has done well,” she added.

Asked why fiction shows don’t gain from the festive season, another leading expert said, “Fiction will be stable. The bet is on star format shows not on fiction. For fiction show, you go purely by performance and then put your money.”

“I think fictional content is very channel-driven whereas format show is where you will take a call on the content or you will go by historical references but that is not the case with fictional shows,” the expert added.