Real estate players are hoping for some uptick with the start of Navratri later this month. To attract consumers, leading brands will loosen purse strings to spend on ad campaigns, especially in print 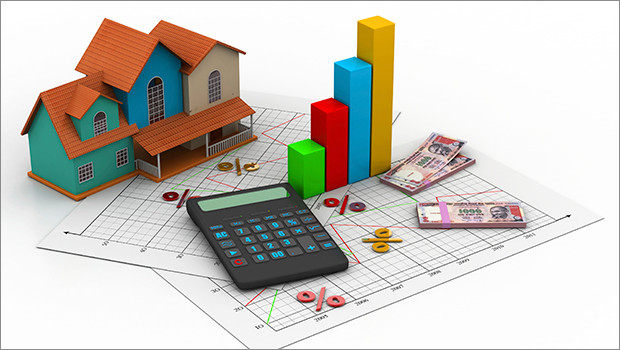 India's real estate sector has been down in dumps for a few years now and even the upcoming festive season cannot offer an immediate recovery.

However, leading industry players have begun seeing some positivity in marketing and are expecting a rebound soon.

The sector, which was a leading advertiser category for print and radio, hasn't been spending a lot on media in the last few years.

Now expecting a slight pick-up in housing sales starting Navratri, leading companies have decided to increase their adex by 15%, most of which is likely to go to print.

The realty market has seen a tumultuous tide with the economic slowdown, said Nibhrant Shah, Founder and CEO, Isprava. However, the rise of foreign investments in the Indian real estate industry is the result of the recent change in the laws made by the government. “Clean paper work and before-time home delivery has made the Indian real estate market, especially the luxury real estate market, desirable and reliable, which indicates a steady growth for the sector. The realty players and their offers will be there during the festive season, but not as much as they would have in the past years,” he said.

Higher participation by foreign investors and majority of their investments are targeted at the commercial segment. There are huge prospects in the warehousing and logistics segment with office and retail sectors showing continued demand. Investor-friendly reforms, firm market fundamentals and overall positive sentiments have helped in an upward trajectory. “So even though the picture may not look all rosy at the moment, sustained recovery will happen in the sector over a period of time. It is expected that there will be some positive movement owing to the festivities. There will be an up-tick in the coming quarter, especially in the affordable segment,” said Nabil Patel, Director of DB Realty.

Anita Nayyar, CEO, India and South East Asia, Havas Media Group, said that given the current situation with real estate category slowing down, the festive season does not look too bright. However, there will be some positivity.

“Real estate is in the same situation with much higher supply than demand and will want to make use of the festive sentiment as much as possible. As per the economic situation, consumption has reduced and hence, the inventory remains unsold,” she said.

In view of the economic slowdown and the weak monsoon, there is a question mark on whether the optimism of the first half of the calendar year will be carried to the second half. This may adversely affect India's advertising expenditure. However, the festive season is a bigger event than anything. The ad market should see some amount of advertising spend as all brands usually keep a set budget for these regular activations every year.

Shashi Sinha, CEO of IPG Mediabrands, said with most advertisers will try and leverage the festive season, ad spends will be better than what they were last three months. Being in line with last year’s festive season and not significantly higher, spends will definitely not be lower than last year.

“The overall increase in consumer demand will keep the adex growing this year. I think ad spends will continue to grow by a stable 10-15% rate even this year,” said Patel.

Nayyar said that the real estate has adversely affected ad spends, especially in print and radio, suggesting cost-effective and impactful medium will be the best choice for brands in the current situation.

So, which of the mediums would witness a slowdown or a high trajectory in the real-estate category?

While Nayyar said there will be more print and radio, Shah said with the rise of digital to view homes, TV would be the first to slow down.

“Companies still aggressively advertise in the newspapers, especially during the festive season. TV channels work for an older demographic, which so far is the target platform to focus for the mass real estate sector. The affordable sector in real estate will turn to print and TV to search for homes in the area. But with the rise of digital to view homes, TV in our opinion would be the first to slow down. Luxury homes work differently, WOM is the way forward. And digital, of course, is the perfect tool for re-marketing,” said Shah.

Patel said that with the increasing penetration of smart phones and internet, digital media is growing exponentially and contributing to the highest incremental spends on media. Nonetheless, TV and print continue to be the biggest media. Brands that need more reach will have to stay invested in them.

Apart from the spends, the RBI's recent move on rate cuts will give the necessary boost to the economy ahead of the festive season provided banks reciprocate by lowering their respective marginal cost of funds-based lending rate (MCLR). Lowering the MCLR will cut down the interest rate of home loans. As EMIs and home loan interest rates will become cheaper, there will be hike in investments.

“The real estate sector is one of the few sectors that have the potential to kick-start a sluggish economy and it has been looking forward to such initiatives to boost sales. We are confident that the recent rate cut will support growth and ease the liquidity crunch in the economy. It will also help to ease the pressure off the market by attracting buyers to invest in the real estate sector. There could be a recovery in the markets and residential sales might rise between 5 and 7% this festive season, mainly between October and December. The reforms, along with increased liquidity, should be able to create stress asset funds which will help in reviving buyers’ sentiments,” said Patel.

DB Realty otherwise is expecting a slow but steady increase in sales this festive season on the back of a slew of reforms initiated by the Finance Ministry.

Within the real estate sector, Isprava falls in the luxury space, which caters to a niche market, one that focuses on HNIs and U-HNIs who are looking for beautiful homes and do not mind the expenditure. Festivities for such markets have a minimal affect unlike the affordable real estate segment, concluded Shah.