Pawar takes up the mantle from Ashish Bhasin 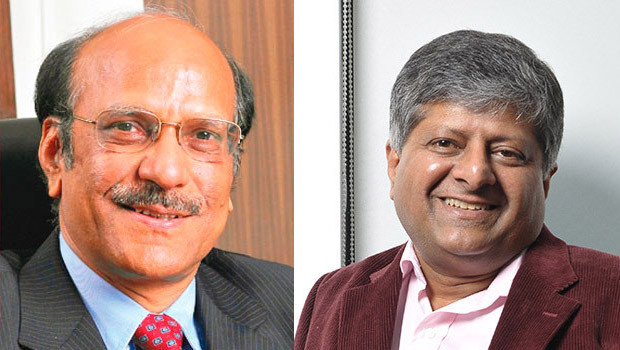 Media Research Users Council (MRUC) board has elected Pratap Pawar, Chairman of Sakal Media, as its new Chairman, and Shashi Sinha, CEO IPG Media Brands, as its Vice-Chairman. The announcement was made at its Board meeting following the 25th Annual General Meeting, in Mumbai, on September 4, 2019.

Pawar is an engineer from the prestigious Birla Institute of Technology and Science (BITS), Pilani. Apart from being on the Board of the Sakal Group since 1985, he has also served on the Boards of several prestigious Indian and International companies. He is actively involved with various Industry bodies and has been President of the INS as well as ILNA in the recent past. In 2014 he became a recipient of the Padmashree Award, the fourth highest civilian award in the country.

Sinha, a veteran in media and advertising industry, started his career with Parle. He went on to become the CEO of Lodestar and contributed immensely to the growth and development of the organization, paving the way for many new offerings in the market by IPG. Sinha was feted as the media person of the year by IAA in 2014.

Bhasin said, “It was indeed an honour and privilege to helm such an august body of industry stalwarts over the past couple of years. There were challenges MRUC was faced with when I took over, with the existence of the IRS study itself being questioned, having been out of the market for almost 4 years. From there to today – where, not only is the IRS back on track with quarterly updates but is now universally accepted as the currency for Print - it has been an incredible journey. I truly appreciate the support of the MRUC Board as well as key industry stakeholders who helped us restore the IRS to its past glory. I am confident that Pratap Pawar will take the IRS and MRUC to even greater heights. My best wishes to him and the new Board members. ”

Pawar said, “I thank Ashish Bhasin for his immense contribution to the growth of the Council and the IRS in particular. I assure the stakeholders of MRUC that together we will indeed take IRS to new heights and provide the industry with a more robust, reliable and accurate study. We will continue with our all-inclusive and democratic approach to address industry concerns and provide acceptable solutions which will help the industry make effective business decisions.”