Gandhi spent about two-and-a-half years with the network 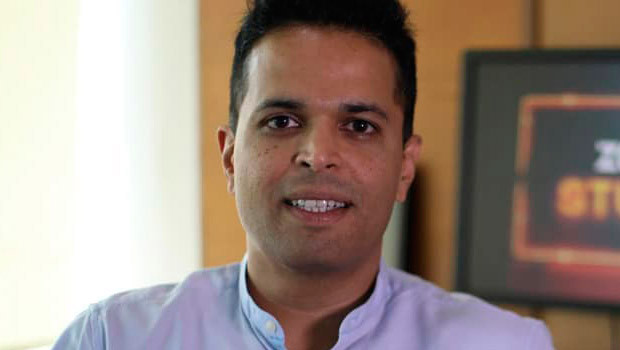 Nikhil Gandhi, Chief Operating Officer and President, Times Network, has called it quits. The development was confirmed by the industry sources.

Gandhi, who joined Times Network as President – Revenue in March 2017, was promoted to the COO and President role earlier this year in July.

Besides driving monetisation strategy and overall business growth of the Network’s bouquet of channels, Gandhi was also responsible for driving strategic growth and profitability for Times Influence, International Business and Zoom along with its original content division, The Zoom Studios and events division Zoom Live.

Gandhi had joined Times Network from Disney India where he was Vice-President and Head of Revenue, Media Networks. He spent a decade with Disney.

At Disney India, Gandhi was responsible for generating revenue and creating profitability across all the eight channels in the Disney India bouquet which include youth channels Bindass and Bindass Play; kids channels Disney Channel, Disney Junior, Disney XD and Hungama TV; and movies channels UTV Movies and UTV Action. He was looking into the ad sales opportunities for the cluster along with leading both the domestic and international distribution arm of the Media Networks business.

Gandhi also spearheaded the unique media solutions division called Disney Media Plus that offers commercial opportunities generated by the Disney universe in India in addition to creating specialized properties under the bindass brand.

Gandhi comes with 18 years of experience in the media and entertainment business. Prior to joining UTV in 2007 which later became a part of Disney India after acquisition, Gandhi had stints with Zoom Television as Regional Head West, MTV and Times Response (Times Group).