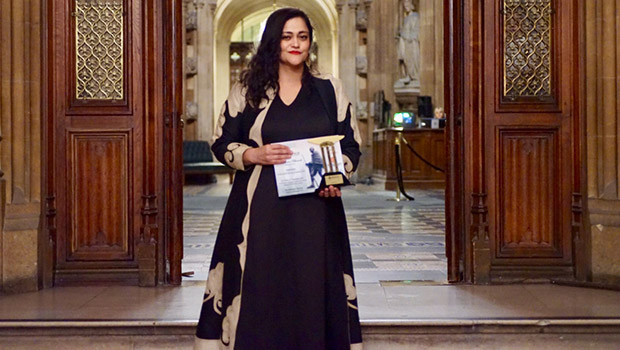 Kalli Purie, Vice-Chairperson of India Today Group, was conferred upon the ‘India’s Most Powerful Women in Media’ award at the Confluence Excellence awards at the British Parliament on September 27. Two weeks back, she was also honoured with the ‘Outstanding Media & Entertainment Award’ at the annual 21st Century Icon Awards in London.

Accepting the global recognition, Purie said, "It is very satisfying to be recognized internationally for the work we are doing at the India Today Group. In many fields like creating content for mobile and social we are leaders in the world. Its exciting and daunting to create prototypes for media around the world to follow.

Handling a business with a golden legacy in an industry that is changing at an unprecedented pace can be very challenging. But I have followed a mantra by our chairman Aroon Purie in one of his letters from the editor - 'Men Age, Magazines don't', which I believe today is ever more relevant. This made us see what others saw as dark turmoil as a window of shining opportunity. We have taken the solid foundation and diversified in a way befitting the original DNA of our organization."

A graduate from Oxford University, the UK in Politics, Philosophy & Economics, Purie is armed with a clear vision about the future of news, she is leading one of the most-awarded and celebrated team of journalists in a futuristic newsroom that she helped build, apt for the multimedia, multi-device world we live in, said a press statement from India Today Group.