Breaking the mould, Viacom18 has launched its regional channel Color Telugu exclusively on its video streaming platform Voot. According to experts, the launch on digital is a very cost-effective way of connecting with audiences for whom it matters 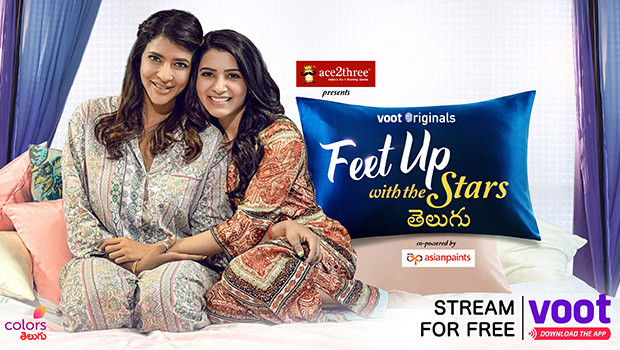 Looking at the current television ecosystem and the economic slowdown, broadcasters have been walking on eggshells when it comes to experimenting with new shows or channels. Earlier it was easy to attract audiences as the broadcaster would bundle the new offering with the existing bouquets.

Now, after TRAI’s NTO, consumers have the power to choose what they want to see, which have made it difficult for new channels to survive. The slowdown has also limited consumers’ willingness to experiment and invest in new entrants. In such a scenario, broadcasters are playing it to their strength by offering in-demand shows and content.

However, it seems like Viacom18 has found a way to get out of this dilemma by hosting a digital-first launch for its regional channel Colors Telugu. The network will launch Color Telugu exclusively on its video-streaming platform Voot on September 23. The network’s presence in other regional languages is in the form of 24x7 television channels, which include Colors Kannada, Colors Super (Kannada), Colors Bangla, Colors Marathi, Colors Odia, Colors Tamil, Colors Gujarati.

When asked if the slowdown and the disrupted TV ecosystem is why the network has taken a decision to launch on digital, Gourav Rakshit, COO, Viacom18 Digital Ventures, replied, “The decision wasn’t driven by the external broadcasting channels but more from the fact that our users were coming to the platform for the content and we didn’t have it in their preferred language. Also, advertisers were pushing us to launch Telugu content. Our advertisers who seek to advertise in that market wished to put Telugu creatives and it was a bit odd to run a Telugu creative on Hindi content. We also felt that there is a need to have Telugu content so that the advertisers can put their creatives and we can have a higher affinity to advertising.”

If we take into consideration the findings of reports like KPMG, it highlights the fact that Indian viewers choose OTT mainly to watch catch-up TV and movies, followed by sports, news and originals. With Colors Telugu, the platform is planning to introduce 1200 + hours of limitless Telugu entertainment that will be mainly driven by a massive library of 150+ Telugu movies, dubs of popular Hindi and regional Viacom18 IPs as well as Voot Originals.

The working of Voot is quite different than that of Netflix and Amazon Prime Video as majority of the viewership was driven by shows launched on the network’s TV channels, be it Bigg Boss or Roadies. To date, Voot was playing second fiddle to the network’s television channel whereas with Colors Telugu, the platform has taken a prime spot.

In such a scenario, how sustainable is Colors’ Telugu digital-first launch model, especially with the TV-style investments? Anita Nayyar, CEO India and South East Asia, Havas Media, said it depends on the type of audience they want to reach out to. If they want to reach out to specific or regionally aligned audiences then it makes a lot of sense for them to go digital, Nayyar said.

“If it was a platform like Zee5 or Hotstar where they are catering national audience then it would have had to offer different editions. But, Colors Telugu is specifically catering to the Telugu-viewing audience, so in that extent, if they have done a digital launch then I think it is a cost-efficient way of connecting to those audiences for whom it matters. I think the whole point about geo-targeting or hyper-local targeting by digital for the specific audience becomes far more cost-efficient for the channel. Here the audience set is limited and it is also good for advertisers who want to connect with Telugu-speaking community, so it becomes very specific and makes a lot of sense,” she said.

Rakshit said we have to think about the economics of OTT and TV very differently. We can’t use a television frame of reference on OTT; we will have to change the frame of reference. “The difference between video-on-demand and television is that whatever one builds on video-on-demand never dies whereas television occupies a certain slot for a certain amount of time and then it falls off. The premise that this content will be there for a while and people can come to these at different times of their choosing is what allows us to get a little bit more money on digital content,” he said.

Rakshit also stated OTT opens up an opportunity to not only have an inventory but also allows tighter integration and brand solutions. Advertisement appetite is very high and that is nice. “With national advertisers, the nature of communication they do is different in the South than the rest of the country and this allows us to do creatives that are region-tailored. Hyderabad specifically being a controlled market acts as a test market for a lot of FMCGs so it allows us to offer that ability as well which we couldn't offer earlier as we didn’t have a presence in that market,” he said.