How Bigg Boss on Colors sells 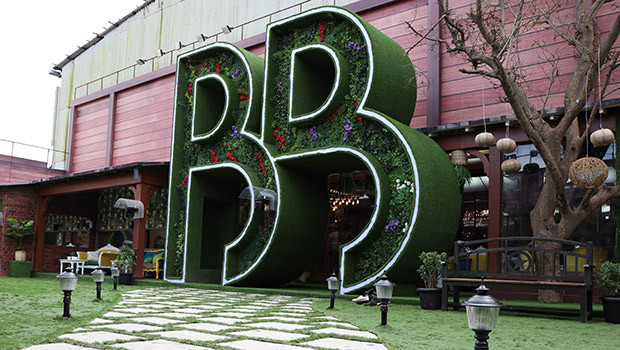 As India gets ready to celebrate a line-up of vibrant festivals, television broadcasters are also geared up to make the most of the opportunity. Amid a slowdown in the economy, the broadcasters are looking forward to recovering revenue through some of their high-impact properties.

Cashing on this opportunity, Viacom18’s Hindi GEC Colors is all set to launch its tent-pole show Bigg Boss, which is in its 13th season. Following the buzz and enthusiasm of the audience around the new season, the channel has managed to rope in seven sponsors even before the launch of the show. According to industry experts, the 10-second ad slots for this season have been sold for Rs 5-10 lakh.

This season, Colors has roped in ‘Vivo’ as presenting sponsor of Bigg Boss, ‘Lays’ as a special partner. ‘Ching’s Chinese’, ‘PokerStars.in’, ‘BharatPe’, ‘Whirlpool’ and ‘Helo’ are the associate sponsors.

Nina Jaipuria, Head, Hindi Mass Entertainment and Kids TV Network Viacom18, said that they have witnessed a positive response and is expecting an increase in terms of inventory fills and rates.

“We already have seven sponsors on board and a lot of spot selling will start as the show kicks off. We are not even halfway there yet we have a lot more brands to partner and engage with us. Over the years we have seen a steady increase and with Diwali around the corner, we are expecting good growth in advertising and ratings. We should see around 10% hike in ad rates, compared to the previous season. When it comes to CPRP, thankfully it is not hurting the show and we have seen a positive response,” she said.

Speaking about the impact of the economic slowdown on Bigg Boss, Sujata Dwibedy, EVP & Head of Buying & Trading, Amplifi India, said the impact properties are still selling and people are still buying those across channels. This is why even though there is a slowdown, advertisers are choosing Bigg Boss. “Also, since Bigg Boss is coming around Diwali and Dussehra, brands will advertise on the show. In a slowdown, impact is the only thing that works and helps advertisers and broadcasters recover revenue and eyeballs,” she said.

Since the show offers four months of exposure, it has become a great platform for advertisers to offer brand engagement in a focused and clutter-breaking manner. This is the reason why the show is not only heavy on ad-inventories but also allows effective brand engagement.

Hence when it comes to selling inventories, Jaipuria said they prefer brand integration and spot selling, since a lot of buzz happens around episodes every week. “We have a lot of inventories on an episode basis. We also have a lot of integration that is associated with all the special partners and sponsors during the tenure of the show.”

However, Dwibedy said it is the brand integration that works very well. She said, “Frankly when it comes to Bigg Boss it is the brand integration that works well. There have been times when we have used it for our clients' integration from e-commerce to durable product placements. It is not just the placement but during the show they also tell the audience how to use the product. It is a household so we can show how our products can be used, which works very well for the advertisers. It isn’t a high-clutter area either as it is an expensive property. So it works well for the brands.”

When it comes to attracting the audience, the show has not only attracted viewers on television but is also a successful property on the network’s digital platform Voot. Last year, Bigg Boss garnered 700million views on Voot as a result of which the channel is focusing heavily on the digital. The channel has planned several innovations, engagement activity and properties around Bigg Boss on digital.

While Bigg Boss is a good engagement property that attracts viewers, it is also heavy on voyeuristic content and has been surrounded by controversies over the years, which is a risk factor. So do advertisers keep this risk factor in mind while associating with the show?

A leading brand on the condition of anonymity said, “Absolutely, the risk factor that comes with controversies and voyeuristic content plays a big role while deciding whether or not to be associated with the show. Few brands won’t mind advertising on the shows as they are okay with the voyeurism and controversies. However, there are brands that don't wish to be associated with controversy as it gives negative publicity. They don’t wish to associate their product with it so they don’t choose to advertise on the show. Only those brands who are okay with the controversies and don’t mind the voyeurism come on board.”