How Bigg Boss has maintained its stronghold for 13 long years

Even after 13 seasons, Bigg Boss has managed to garner the same enthusiasm from the audience as it had for its previous seasons. BestMediaInfo.com spoke to experts on what keeps the audience interested even after 13 years? Why hasn’t the fatigue set in yet 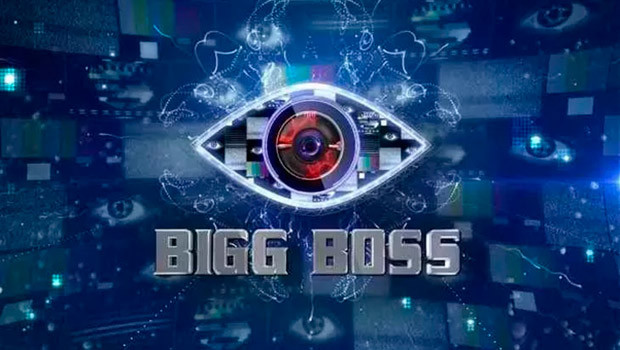 ‘Bigg Boss Chahte Hai Ki…’ is a phrase that almost every Indian must have heard. While in India, the Hindi edition of Bigg Boss is entering its 13th season, the original Big Brother is celebrating its 20th anniversary.

Big Brother entered India in 2006 as Bigg Boss on Sony Entertainment with Arshad Warsi as host. Later, its licence was acquired by Viacom18 that set up its Hindi general entertainment channel Colors. The show came as a whiff of fresh air for viewers who were saturated with daily soaps as a form of entertainment. It was a show that propelled Colors to the top in the Hindi GEC markets.

Having established its presence in the Hindi GEC space as a top reality TV format, the show expanded into other Indian languages. The two networks that have bet big on Bigg Boss are Viacom18 and Star India. Viacom18 has taken Bigg Boss to markets like Kanada (6 seasons), Bangla (2 seasons), and Marathi (2 seasons) in addition to Hindi (13 seasons). Star has acquired the format for Tamil (3 seasons), Telugu (3 seasons) and Malayalam (2 seasons).

It is very rare to find a person who has never seen the show. For some, it is a dining table entertainment whereas for others it is something to be consumed alone. Bigg Boss across its versions has helped its host broadcasters not only attract eyeballs but also rake in the moolah. It’s an expensive property but the returns are also equally high. It is safe to say that Bigg Boss is the only reality TV show that has managed to attract an audience for 13 consecutive years in Hindi.

So, what is it about this show that has hooked the audience for so many years?

According to the producer of the show, Abhishek Rege, CEO, Endemol Shine India, the biggest draw is the format that allows the audience a peek into the lives of the contestants. “Unlike other reality shows, BB sets up the environment for the real characters to show themselves by not letting any external factors influence them. This coupled with the well thought out casting process is what helps keep the show fresh season after season."

The format of the show is quite simple. Celebrity contestants called "housemates" live together in a specially constructed house isolated from the outside world. Housemates are voted out on a weekly basis until only one remains and wins the cash prize. During their stay, contestants are continuously monitored by live television cameras as well as personal audio microphones. Over the years, the producers have tweaked the format of the show to keep it interesting.

Anita Nayyar, CEO India and South East Asia, Havas Media, said the format of the show and the fact that there is a constant involvement with the audience is what kept people interested.

“What happens is people who are watching the show are following the celebrities and the common man in the show. The audience has a certain bond with the celebrities. A lot of strategising happens in the Bigg Boss house. Politics, diplomacy, bitching and drama, aggression and romance interest people. Also, they are innovating in each season. Since innovation and disruption are the main elements of the game, it keeps the audience engaged,” she said

Unlike other talent shows where there is a set script for contestants to follow, Bigg Boss forms its own format following the mood and nature of the contestants.

Sujata Dwibedy, EVP & Head of Buying & Trading, Amplifi India, said the key is that people in the show are real and it is just not possible to pretend for long. Their real personality and behaviour comes out.

“This show has a mass connect as it has celebrities as well as non-celebrities. People want to know what’s happening in other’s lives. The world is moving towards edginess and people love to watch such edgy content, especially the younger audience. If you do the dissection of the audience you will see that the show mainly attracts a little younger, male-centric audience and not only from metros but also tier-II and tier-III towns. The audience is very different from other reality talent shows like music and dance. This audience likes to see shows that are open with a lot of drama in it. This is also why the regional versions are picking up. This is the same audience who are switching to viewing OTT originals on similar lines in terms of content that hits hard,” she said.

The hosts also play a major role in attracting the audience. Ever since the launch, the show has continued to garner TRP with huge stars such as Amitabh Bachchan, Salman Khan, Shilpa Shetty, Kamal Hassan, Nagarjuna, Mohanlal, Mahesh Manjrekar and Sudeep.

Rege said, "What stops the fatigue is the 3 Ts — talent, talent, talent! The three talents that prop the show are the host Salman Khan, the contestants cast meticulously every season and the team that works behind the scenes to cast the contestants, create newer ideas for tasks and themes, and execute all these ideas well."

20 years since its worldwide debut, Big Brother has taken the world by storm. There have been 448 seasons of Big Brother in over 54 franchise countries and regions. It is reportedly being renewed internationally with 22 productions in 18 markets confirmed to air in 2019.