The campaign for Rotary Club Bangalore’s eco-fest educates us about what we can do to reverse the damage done to our planet. The anthem draws attention to the vanishing species and emphasises the fact that no species can survive without the other 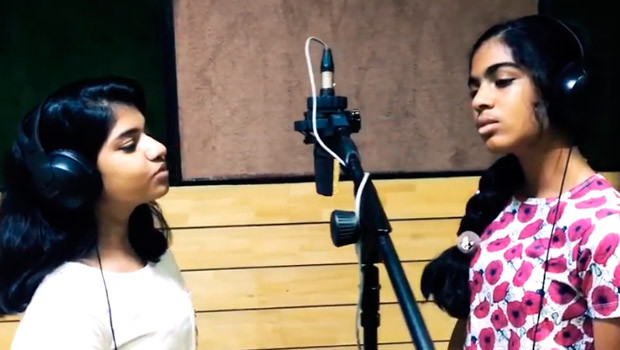 Rotary Club Bangalore had launched ‘Avani’, an eco-fest designed to raise awareness and help solve environmental issues such as diminishing green cover, pollution, dying species on April 22 this year, observed as Earth Day. The fest ended on June 5, which is observed as World Environment Day. The campaign was named 'Heal the Earth'.

The theme for Earth Day 2019 was 'Protect Our Species'.

Creative agency Beantown Union helped curate the event and handled the creative duties. The agency also created an anthem for Avani (a word that means 'earth') on the endangered species theme. The anthem aims to draw attention to the rapid vanishing species and emphasise that all living beings are interconnected — not one species can survive without the other.

The lyrics for the anthem was written by Beantown Union's Deepak Joshi and Prakash Belawadi —actor, director, journalist, activist and in this case, also the client. Beantown's Mohan V art directed the video. The song was composed by award-winning South Indian film music composer Kadri Manikanth.

Beantown Union, Bangalore, was the Avani event's curator and handled creative duties as well. Beantown created a campaign for Avani to educate people on burning issues such as climate change, endangered species, pollution, the effect of global warming on animal life, etc. And to seed information about small things that we can individually do to help reverse the damage done to our planet.

"Our planet is facing the greatest crisis it ever has ever seen in its 4.5-billion year history. Our cities, air and oceans are polluted, species are dying, and forests are shrinking or burning. These problems were created by humans and they can only be resolved by us humans. If all of us come together and do our bit, that is," said Deepak Joshi, Co-Founder Beantown Union.

“It was a great life learning experience while working for this campaign, the responses we received from the people are remarkable. Each single person who is the part of this campaign had happily enjoyed their job,” he added.

Every five minutes, our planet loses one species. In the next 15-40 years, elephants, koala bears, tigers, snow leopards, orangutans and hundreds of other species might disappear. Some experts believe 50% of all species could vanish in the next 100 years.