At the launch of the show in Ayodhya, Nina Elavia Jaipuria, Head, Hindi Mass Entertainment & Kids TV Network, Viacom18, speaks with BestMediaInfo.com about the channel’s programming line-up and disruptive marketing strategy. With the NTO dust settling down, the channel hopes to have a positive response from advertisers in the upcoming festive season 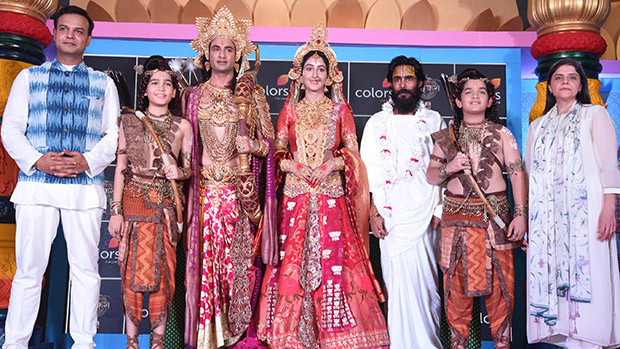 Content is king but promoting that content to the right audience is of equal importance. Now, with TRAI’s new tariff order (NTO) in place, promotion and marketing have become key tools for broadcasters to attract audiences to their channels.

After launching a few differentiated weekday shows in the last quarter, general entertainment channel Colors is now focusing on a disruptive marketing strategy. Primarily focusing on digital, the channel is starting its marketing push with its soon-to-be-launched show ‘Ram Siya Ke Luv Kush’, which goes on air from August 5.

Speaking about the digital initiative and its importance in its upcoming marketing strategy, Nina Elavia Jaipuria, Head, Hindi Mass Entertainment & Kids TV Network, Viacom18, said, “Our strategy is to be disruptive. From a marketing perspective, we have some plans that will be announced soon but for the show, we have two or three initiatives lined up. We have a whole set of digital assets that have been created, which we will start releasing slowly and steadily. We have done digital ‘Char Dham Ki Yatra’. So there is a lot of content coming to your way and a lot of that will come through digital.”

The channel has undertaken a robust marketing initiative for Ram Siya Ke Luv Kush. It will start with a digital on-ground initiative called Colors Bhakti Ki Yatra. This initiative manifests in a form of a holy structure on wheels that hosts Hologram technology to showcase Ramayana’s chapters and give ‘Sakshat Darshan’ of Ram, Siya, Luv and Kush to the devotees. The audiences will get a chance to witness this drive across key market areas, colleges, Uttar Pradesh towns as well as other HSM markets. The initiative will be amplified on local radio stations, cable and digital platforms.

For the first time, the channel has associated with Google to enhance the experience for the audience on the digital front. It will enable them to engage with the actors through Google Assistant and share GIFs on the show. The channel will also take to a creative platform of Twitter with an activity — Ram Setu on Twitter — which will have a slew of influencers engaging through a single tweet and creating an illusion of a bridge on social media.

The last few months have been tedious for all broadcasters due to the launch of TRAI’s new tariff regime. The launch of new content was crucial for the channel’s standing and to attract new subscribers. Now it seems the distribution ecosystem is settling and things are back in order.

On the distribution ecosystem and the response of advertisers, Jaipuria said the NTO has settled down and Colors’ connectivity has been good as viewers have made their choices and have selected the channel.

“Our connectivity is very good there is nothing to worry from that perspective as we have enough subscription revenue coming through the tariff order. We are still dependent on advertisers but I think we are moving towards the direction of subscription. There were some headwinds with advertisers due to NTO but it is settling down. Advertisers' response is picking up as we speak and as we start a festive season, I think there will be more to gain. And as we strengthen our own prime time, I think there is a lot to gain and I think advertisers will embrace the fact we are doing shows loved by viewers,” she added.

Earlier, Colors had created several successful mythological shows such as Karmaphal Data Shani and Mahakali. After a few months’ break, the channel is back with Ram Siya Ke Luv Kush, which is an interesting take on the Ramayana.

Speaking on the reason behind releasing yet another mythological series, Jaipuria said, “The reason we decided on mythology is that it is a universal unifier since it cuts across all age groups and geographies. For us, to be in that competitive slot, mythology is the best bet. Also, we want to offer variety to our audiences and we are trying to offer shows ranging across genres from action, fiction, fantasy drama to vivacious reality shows.”

For the past few months, the channel has been launching some new shows in its programming line-up such as Choti Sardarni, Bahu Begum, Gath Bandhan and Dance Deewane. Speaking about the channel’s line up, Jaipuria said, “We have created a funnel with Chotti Sardarni, Shakti, Ram Siya Ke Luv Kush, Gath Bandhan, Bahu Begum and Bepanah Pyaar. We have shows that strengthened the prime time and these are very differentiated. So I think it will strengthen our weekday prime time. Weekend primetime continues to be strong with Dance Dewaane and once that is over, we will be back with Bigg Boss.”

In the last quarter, on the back of these programming, the channel received positive numbers. The channel is receiving good viewership for shows such as Choti Sardarni, Bahu Begum and Dance Deewane 2. “Last quarter was quite interesting as we had two big and different shows launching in prime time. We are hopeful of Chotti Sardarni and Bahu Begum as they got very good numbers. With Choti Sardarni, the numbers doubled. We are slot leaders right now and Bahu Begum opened to good numbers last week. We launched Dance Deewane, which is our IP, and after looking at the success of season 1, we decided to bring it back. It is working wonderfully on weekends,” she said.

Going forward, the channel plans to focus on strengthening its prime time, while continuing to experiment with new and reality shows on weekends. Jaipuria said, “Next quarter, there will be a lot of action on weekends from Dance Deewane perspective, which will be followed by Bigg Boss. For me, this quarter, we had Ramayan while the next quarter will have Bigg Boss. So I think we will be going from one quarter to another with two big shows and it is very interesting to see what happens when two big shows are on the channel simultaneously.”