Conceptualised by WYP Brand Solutions, the campaign comprises a series of digital videos in seven vernacular languages. The campaign communicates the message that when you choose Tanishq, you choose gold enveloped with the blessings of every life it has touched 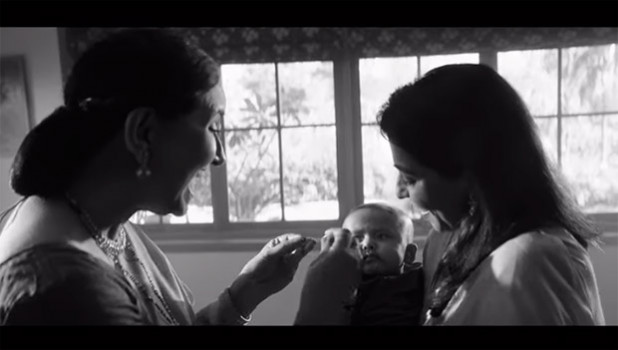 Last week Titan’s Tanishq launched a series of videos for their new campaign on goodness, #DuaKaSona. The campaign highlights the #GoodnessOfTanishq and communicates the message that when you choose Tanishq, you choose gold that is enveloped with the blessings of every life it has touched.

The brand chooses the specific medium of digital to spread the message to its audiences. The films have garnered more than 5 lakh organic views on the digital platforms in a week. The brand also plans to take this campaign to other mediums.

Speaking on choosing digital medium for #DuaKaSona campaign, Deepika Tewari, AVP, Marketing, Jewellery Division, Titan Company Limited, said, “The only strategy was to put our heart and soul into the creative rendition of the campaign and then ensure that it reaches out to everybody. No separate media budget has been allocated for this campaign and the only medium used till now has been digital. We feel a sense of pride being associated with all of such goodness initiatives and we’re sure that our consumers feel so too. It is this pride that would help in spreading the message further too.”

“It isn’t a tactical project for the brand where a campaign launch time was planned but rather is a forever campaign through which we connect with all our consumers on a personal level,” she said.

The campaign has three films which are also available in seven vernacular languages, ensuring a great connect with the consumers. The videos beautifully highlight the sentiments in the context of a wedding, the naming ceremony of a baby girl and that of a young girl gifting jewellery to her mother.

According to Tewari, the brand Tanishq believes in contributing and building a better society in every way possible. “We're not just a business that sells jewellery but an organisation that values the craft and the craftsman equally. Thus, we ensure that our karigars work in a healthy, safe and dignified environment and we support them with best-in-class infrastructure. We empower women and the girl child by skilling them and educating them,” she mentioned.

The brand has also implemented sustainable crafting practices at its manufacturing units where they incorporate measures to use renewable energy and recycle water. “In the last fiscal year, we used 40% of recycled gold in our manufacturing, which essentially means that we have utilised the gold bought back from our customers to craft jewellery. Mining of gold leads to denudation of earth and this is a small attempt on our part in trying to protect the environment,” says Tewari.

Speaking on the social initiative-related campaigns, Tewari said, “This campaign and communication is only based on sharing the happiness and pride that we feel as an organisation with our consumers as well. We firmly believe in these goodness initiatives and all we wanted to do was communicate the same to our consumers as well. At Tanishq, such ethical practices and social initiatives are at the core of functioning. We are a part of the esteemed Tata Group and these values are integrated into the very fabric of our organisation and reign supreme in everything that we do.”

According to her, all such goodness initiatives wouldn’t have been possible without the support of the brand’s consumers. Hence, this campaign was conceptualised to convey this message to them.

Production House: Man on the Moon