Going on air from August 15, the channel will be available with all major MSOs, cable and DTH operators, especially in tier II and tier III cities 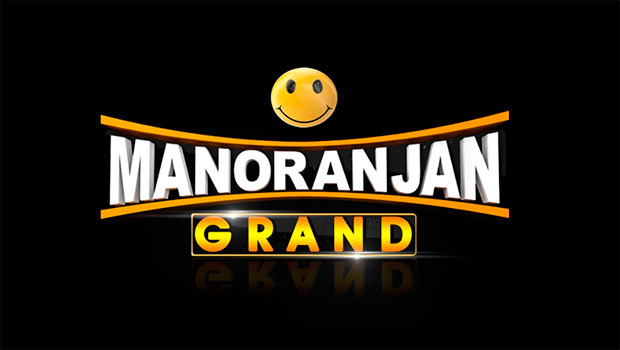 After the new tariff order (NTO) regime, the demand for the free-to-air (FTA) market is growing rapidly, especially in rural areas, as a result of which several broadcasters are eyeing this space.

The group has announced its entry into the GEC category with a new FTA channel, ‘Manoranjan Grand’. The channel will mostly target audiences in smaller towns and rural markets. After the new tariff regime came into effect in February, all leading players decided to convert their FTA GECs into the pay mode and included them in the bouquet of channels they were offering.

As a result of this, the basic pack subscribers of channels (Rs 130) on the cable network were hardly left with any good GEC content. According to experts, the FTA GEC is space is pretty much open for new players and the launch of Manoranjan Grand is a timely move.

From the advertisers’ point of view also, there is hardly any leading FTA GEC channel after the NTO regime that touches the chord with rural and small-time audiences. Explaining the reason behind entering the GEC space, Sahib Chopra, President, Manoranjan Group, said, "Since the FTA market is growing rapidly, we thought it is a good time and opportunity to launch a Hindi GEC. Several pay channels are available but there is hardly any good FTA channel in the market. We look forward to achieve a good balance and see how we can do in the FTA market."

The channel has already started test signals across various platforms and will official go on air from August 15. It will focus primarily on tier II and tier III cities of Uttar Pradesh, Bihar and Madhya Pradesh among others.

The channel will be available on all major MSOs, cable and DTH operator platforms but isn’t going to be on Doordarshan’s Freedish at present. The free-to-air platform offers a viewer base of 20 million. For any channel that wants to be present on it, a slot has to be bought during an auction conducted by Prasar Bharti.

On an average, a channel pays a fee of Rs 7-8 crore annually to be on DD Freedish. If the channel wants to become a major player, it is imperative for it to be on Doordarshan Freedish, the slot auction for which is likely to take place soon.

Since the channel is FTA, it will solely depend on advertisers. Asked about advertisers’ response, Chopra said, "In the advertising front, majority of growth is coming from rural as the urban market is saturated. A lot of FMCG players are targeting tier II and tier III cities and those are the cities, we are focusing on. Advertising has not yet started; we will decide once the channel is launched."

Initially period, Manoranjan Grand plans to have two hours of original programming that will span across genres such as classics, thrillers, comedies and drama among others. The weekday programming will also comprise reruns of some popular shows whereas on the weekend, the channel plans to air movies that will be a mix of old and new titles.

"We will have two hours of original programming for initial period and then gradually, after looking at the response, we will increase the programming," Chopra added.

The broadcasting industry, which went through a rough patch in the last financial year, is gradually bouncing back with ZEEL posting a strong profit of Rs 530 crore in Q1 of the current fiscal and TV18 also getting back in the game with a profit of Rs 23 crore in the same period.

Analysts say Manoranjan Grand will have an advantage because it is being launched at a time when advertisers don’t have any strong FTA GEC platform to reach out to rural and small town audiences. Its main competitor is going to be Dangal TV, which surprised everyone recently by becoming the most watched Hindi GEC (U+R) on the BARC viewership chart.