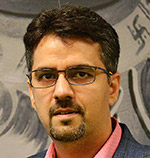 Tags: In-depth Are brands starting to feel the heat of Consumer Protection Bill?
More from this section