How Schindler India entered B2C after 20 years in B2B category

After doubling its R&D and expanding its manufacturing capacity by 20%, the brand is trying to connect with its end users with its ‘We Elevate’ campaign. Ashok Ramachandran, President, Schindler India and South Asia, tells BestMediaInfo.com what pushed the brand’s transition and what strategies it adopted for the shift 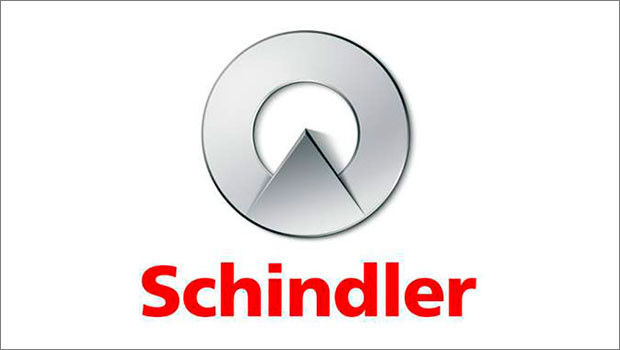 Brands often find themselves needing to refocus their approach and strategies and make a transition from B2B to B2C. One of the reasons for the transition includes a need to connect with the end users. Such a shift requires new marketing and advertising tactics and plans. Schindler, a global elevator and escalator brand, who was servicing the B2B segment for over 20 years in India, recently launched a campaign, ‘We Elevate’, to expand its connect with customers. Ashok Ramachandran, President, Schindler India and South Asia, told BestMediaInfo.com what pushed the brand to shift its channel from B2B to B2C. Who all it would be targeting and via what channels with its latest campaign.  Ramachandran discussed the brand’s plans and strategies for the market in India given the slow real estate growth and growing competition. He shared how the brand has doubled its R&D and expanded manufacturing capacity by 20%, introducing new IoT products in the market.

Aimed at enhancing safety, elevating mobility in the urban sector, the campaign ‘We Elevate’ is focused to increase value for all its stakeholders as well as the environment, targeting a new set of customers.

“The campaign is an evolution from where we were to where we want to be. Traditionally, predominantly we were a B2B organisation. Our focus was always about customer satisfaction and creating value for the stakeholders. But somewhere, over the years, we realised we need to be looking at it the other way around. The campaign is more about connecting to the people who are really involved and are the end consumers of our product and to reach out to all reach to our society at large,” shared Ramachandran.

Having realised India as predominantly a residential market, he said end consumers now want to have a voice.  And now when the brand is active in the B2C line, channels such as digital or television should be the primary choice. But for Schindler India, keeping it below the line is the first choice. Having already launched their social media handles on Facebook, LinkedIn and Instagram, it is aiming to connect to a larger direct population. The brand is looking forward to focus on influencers that include architects, builders, developers, networking, and smart city forum. At the same time, it is also working with the Confederation of Real Estate Developers Association of India (CREDAI).

“We won’t be doing any television or hoardings for the campaign right now. But in future for 2020 and beyond, TV, digital and print or content marketing all is definitely the plan since we have an opportunity there. The evolution of ‘elfie’ (selfie in elevators) is something that pushed us to explore social media as well,” he added.

The brand recently organised an architect awards in Mumbai to build a direct relationship with young consumers, including architects, B-schools and IIT students, who, it believes, are its future users.

“Direct contact with developers, architects and builders has been very efficient and we became a leader in India by not even exploring the venues that we have not done before such as digital or TV. We are very positive about the kind of feedback we're getting from social media. To increase awareness and advertise, we are working with a lot of schools. We have done a lot of events in malls also, raising awareness, about safety and quality of the brand,” he said.

He said if the brand can take the bull by the horn and really drive the market in branding, then there's an opportunity and products can be advertised easily.

Given the slow economic growth, especially in real estate, what made the brand to launch the campaign now?

Ramachandran said India is the second largest market for elevators. Urbanisation growth in India is humongous. Despite a slow economic growth, at the macro level, people are still building apartments and the market is active. The number of youngsters entering the first buyers’ list is actually bigger than ever.

Also almost 100 different first copy product sellers exist in the market under the same brand name, he said, “It is important to educate the public about which is the authentic brand. This is definitely the right time for us. This is the time with a very strong, stable government and with a huge focus on ‘Make in India’ right now. There couldn't be a better time.”

Ramachandran said the product category is growing by double digits and there is a huge potential in the market. People are moving to cities on a daily basis. And interestingly, tier II and III cities are becoming very huge. Elevator as the industry is quite recession-proof. “If you look at just on a year-on-year basis, it has been flat from last year to this year. But in the next five years, I definitely see at least a 10% growth year on year,” he said.

Looking at the economy with optimistic lenses, he said, “India is second largest elevator market in the world. The government worked on all tough decisions in its first term. That means in the upcoming years, the economy will stabilise. With policies such as ‘Pradhan Mantri Awaas Yojana’ and push for more metros, there is going to be huge growth. This is an exciting time for an elevator company.”

Being among the top three players in the market in India, and an active player in the public transport segment with flagships such as Mumbai airport, Bangalore and Delhi Metro rails, the brand has become the first one to launch a public transport manufacturing hub for multinational companies.

Schindler India already has a manufacturing hub, which initially was manufacturing low-end products. In January, it introduced escalators and public transport escalators and increased its capacity by 20%, doubling its R&D.  It began with India R&D but now it is global R&D and that is what gives the brand an edge over others, he said.

“I feel the differentiation for Schindler is that it is on the customer service side. People buy products but they want to make sure service is done at the top level. And the accessibility of management in organisations is very important these days in public, and we are very accessible in that sense,” he said.

With a stellar journey of 20 years in the market, and being one of the newest entrants among multinational companies in India, the brand attained a huge foothold vis-à-vis much older competitors.

With the market moving more to innovation technology and customer service, expectations are getting bigger and bigger. More personalisation in digital products and IoT-based products are the future.  Keeping this in mind, the brand, in January, had launched ‘Schindler Ahead’, a first fully digital closed loop maintenance, emergency services and information system. It is the new digital solution for elevators and escalators. Having launched IoT products and services, it has made DOOH advertising much more viable. It has converted escalators’ side panels, elevators’ doors and notice boards into digital advertisement spaces.

Growing its top line and bottom line and sales quite well last year, with a healthy growth of employee intake as well, the brand is looking to hire more talent, hunting for orders and aiming to build more customer relationship. With a hunger for more talent, it had launched Schindler University at its Chakan facility in Pune to provide technical, leadership and culture training.