Hareesh Tibrewala, Co-founder and Joint CEO, Mirum India, writes that Blockchain is emerging as one of the key technologies that will drive the next round of disruption, especially in the financial services sector and in government institutions 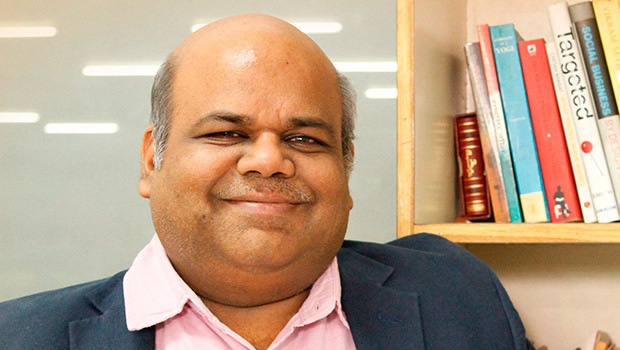 When one talks of Blockchain, two things immediately come to mind: something that is very complex and hard to understand, and that this is something to do only with cryptocurrency. Both the assumptions are incorrect.

Think of manual ledger (which is used to maintain books of accounts). An entry is the manual ledger is what we refer to as a “Transaction” (in the Blockchain language). And a page in the ledger is equivalent to a “Block”.

And the entire book, the ledger, is nothing but a “Blockchain”.

So Blockchain is nothing but a book of transactions. Today this book of transactions, say for example, is maintained by our bank. And whatever the bank says is treated as authentic data. And for this we pay the bank a fee. We pay the fee to the bank for its credibility and authenticity. But what if someone was to break into the bank’s server and alter the ledger? With all the sophisticated data protection and encryption technology, servers of trusted parties do get compromised. Or what if the bank itself violates the customers trust and alters the data in the ledger.

The solution is to ensure that copies of this ledger are actually maintained by multiple parties and every transaction gets updated in the ledger of all these parties.  Hence if (hypothetically), 10 parties start maintaining copies of the ledger, and if one server is hacked, the transactions in the ledger of the other nine parties will be treated as authentic (9 v/s 1). Hence for a blockchain to truly get hacked, one needs to able to hack at least a majority of the servers (in this case 5), which is clearly more difficult than hacking a single server. Also a Blockchain ledger keeper (“miner”) does not need any official government permission to start keeping a copy of the ledger. Each transaction is of course encrypted so that only parties that need access to the transaction can actually read or engage with the transaction. This creates competition among miners, bringing down the cost of keeping, maintaining and servicing transactions to minimal.

While cryptocurrency is one of the more popular, and sometimes considered a notorious application of Blockchain, it is not the only application. Think of Blockchain as a very secure and robust technology to enable parties to have transactions (a transaction can be exchange of money, exchange of data or  exchange to anything that can be reduced to a digital entity) at an extremely low cost, as compared to traditional channels (like banking or government mandated institutions). It is like saying once upon a time a communication in the form of a letter had to be delivered by a government postal body and would cost say Rs 5 per letter. But with email, the same communication can be sent via private ISPs almost for free. The same principle applies to transactions via Blockchain.

This “almost-for-free” possibility of conducting exchange (transactions) in a very secure manner, opens up immense possibilities in the form of micro-transactions, which earlier would have required a huge overhead cost (making them unviable). Here are some examples of such possibilities:

Instead of going via AirBnB and paying them hefty commission as an intermediary (who guarantees the payment transaction as well as authenticity of recommendations for the property), a person who wants to rent out a property can do so by promoting the property over Google;  providing the potential client recommendations via Blockchain (which guarantees the authenticity of the person providing the recommendation); and then also collect the payment from the renter via the Blockchain miner…all without having to pay  a big commission to AirBnB

Remittances by expatriates to their families back home is a mega billion dollar business. And banks charge hefty sums (anywhere between 3% and 6% or even more) to facilitate the transfer. However we are already seeing the emergence of platforms (backed by Blockchain technology) that will facilitate transfer of this money at a fraction of the cost (just like ISP transfer emails at the fraction of the cost of transmitting letters via postal dept).

Movie and music sales: Similar to the AirBnB example, creators of intellectual property that can be digitised (like music and movies) can directly reach out to consumers who are willing to the pay for the same. Using Blockchain, they can create “smart contracts” (a transaction that has conditions: if you want only one song pay X, if you want the entire album pay Y, if you want to listen only once pay Z…and so on). And pretty much all the money from the payer reaches the creator without expensive credit card charges or intermediary costs.

One of the biggest opportunities will be for consumers to monetise their data. For example, when I spend time on Facebook, I am creating tons of data (what did I click on, which video did I view etc). And this data is today being monetised by Facebook, by allowing potential advertisers to reach out to me with their messages.  Going ahead, I can restrict Facebook from accessing any of my data, and then create a micro-transaction using Blockchain, where if Facebook wants to access of any of my data, it needs to share some of its revenue, that it generates from the advertiser with me.

One can cast electronic votes using Blockchain in favour of a particular candidate, with guidance to the candidate on how to vote on certain specific issues. If the candidate does not vote in that fashion, the smart-contract will automatically shift the vote to another candidate.

Blockchain is emerging as one of the key technologies that will drive the next round of disruption, especially in financial services sector and in government institutions. No wonder that numerous financial institutions globally (and in India) are already investing in understanding this technology and seeing how can be best leveraged.