From media-centric approach to user-centric focus: how programmatic is redefining digital media buying

By streamlining advertiser-publisher relationships, programmatic has altered the media buying landscape, which was earlier influenced by media agencies. Brands’ approach has moved from media buying to audience buying, making the advertising more targeted. BestMediaInfo.com speaks to leading experts to understand how the medium is evolving and what lies ahead 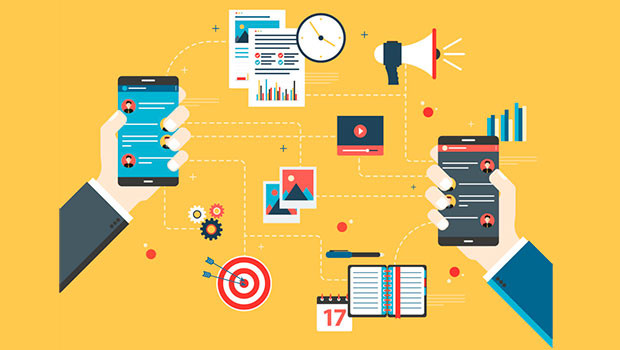 In the past, advertising was a time-consuming exchange between multiple stakeholders that offered a half-hearted user experience. But today, programmatic has given an innovative and highly targeted solution. Programmatic has changed how advertising is conducted by streamlining advertiser and publisher relationships through real-time bidding (RTB) technologies and automated processes.

This makes advertising faster and in some cases, more fair through deepened transparency to digital inventory. It has advanced the user experience by offering acutely tailored advertisements with real added value to a very specific person on the end of a device. Does that mean the days of traditional media buying are coming to an end, given how some agencies still operating through traditional ways?

BestMediaInfo.com spoke to experts and agencies to know what programmatic is offering, which has led old school agencies to step up their tech game. They discussed how traditional solutions would end soon, giving advertisers more advanced programmatic solutions. 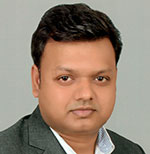 Currently, in the market, more and more frequently, the traditional IO (insertion orders) on premium sites that were originally bought via email or phone through sales reps are happening on programmatic. This is an indication that programmatic can replicate different sorts of selling and buying interactions that are happening in a complex market today. Naturally then, the automation and easiness of programmatic will win over the tedious and outdated methods of traditional media buying. Programmatic technology, coupled with a mix of first and third-party data, has also allowed brands to detect their customers’ most crucial trigger points, like churn or up-/cross-sell opportunities and to digitally act upon them. 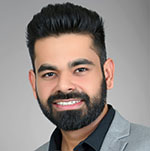 “We can measure the ROI of the campaign and now I can definitely do a cross-screen campaign with programmatic. We started with the automation of buying, selling, which was the essential job of programmatic and moved towards audience buying from placement buying, because audiences were moving across platforms and now moving towards the third era of programmatic, using AI and ML. Agencies will work on how they can use AI and ML in programmatic and make the ROI more business-driven and to better optimise campaigns,” said Bharat Khatri, Country Lead, Xaxis India Khatri.

At the same time, he said traditional agencies are still operating on the purchasing power type of concept. However, what matters is how agencies can help brands set up clear parameters on each platform and help run a campaign for brands, to deliver the best media outcome. And because of this, he said, the days of traditional media buying are definitely coming to an end.

Ultimately, programmatic has shifted the focus of advertising from a media-centric approach to a user-centric approach, which was missing in traditional advertising. In the past, advertising focused purely on channels, based on assumptions around where the target audience would be — while only allowing scattered and incomplete results.

Changing the concept of media buying to audience buying

With the proliferation of connected devices, understanding audiences and their behaviours have become critical for brands. Consumers today are bombarded with a multitude of online options and can easily switch from one to another, so a tailored UX (user experience) is key. 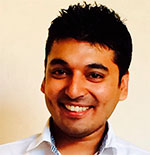 The shift from media buying to audience buying is the biggest shift that has happened in advertising, said Gautam Mehra, Chief Data Officer and Chief Executive Officer, DAN Programmatic, Dentsu Aegis Network.  By focusing on the consumer, creative and media can be more streamlined and relevant, he said. CMOs and marketers get this and it makes sense intuitively, rather than relying on placement or content, which always were not so great proxies.

With this shift, Singhal said, brands are now able to provide customers with more personalised content. And this has resulted in an audience-first approach over placement-first and has brought in more effectiveness and media savings. In addition, programmatic gives the ability to bring everything under one system (display, video and native) or platform to get near a single view of the consumer and digital media campaigns.

Does that mean advertisers will get a single view to their audiences, which didn’t exist before?

We live in the world of walled gardens or closed ecosystems, wherein the consumer keeps moving from one to another seamlessly leaving a digital footprint across channels. And the walled gardens of Google, Facebook, Amazon and Twitter are only getting higher and stronger.

“Unfortunately, there’s no single source to collect all these consumers’ data and these get stored as separate data sets within walled gardens. So, getting a single view of a consumer is like finding a Holy Grail. Instead of going behind single view, we need to find ways or workarounds to know more about the consumer by building consumer portrait over a longer period of time within the walled gardens or at advertiser’s CDP,” said Nandakishore.

He added, “Apart from that, programmatic will not be one-stop-shop for all marketing buys, but will contribute a significant portion of media buys considering digital natives and their preferred medium of choice in the near future.”

Any media that is connected can be bought through programmatic. Programmatic has already branched out to other mediums such as TV, DOOH, radio, etc. But penetration and adoption will take some time in a market like India where we have a bottomless pyramid.

Why is programmatic adoption among agencies slow?

It’s because it requires a change in the way we think, consult clients and activate campaigns. Also, measurability means increased pressure on performance, said Mehra.

With any innovative technology, there is naturally an adoption lifecycle that governs how fast the adoption rate is. For a speedier adoption rate, infrastructure needs to be developed in many markets and education needs to lead the way for proper implementation and execution. Apart from that, the alignment among all the players (agencies, clients, media owners, tech companies) in the ecosystem can delay the adoption. If all the partners involved in the ecosystem are on the same page, then it’s seamless and real fast. 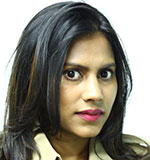 No doubt, programmatic is the way forward for agencies for smartly investing data and making it actionable to drive a business outcome. But brands are getting smart about data and demanding more transparency and control, which puts agencies in a position to either evolve or get left behind. Would programmatic be the only solution for brands from the agencies’ end?

Programmatic is one of the solutions but agencies should be savvy with analytics, serving, third-party tracking to have more hands-on data. This would not only help the client know more but also the agency to buy and optimise better, said Agarwal.