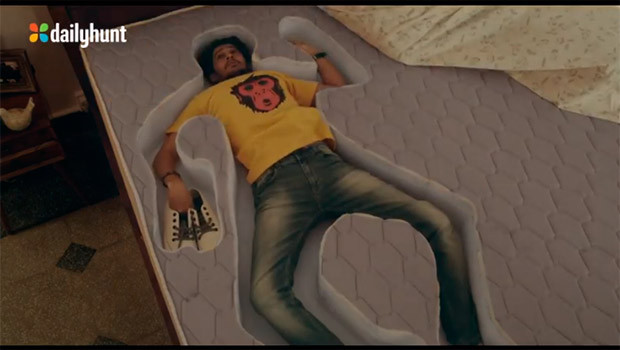 Dailyhunt, the local content discovery platform, has announced its new multimedia campaign, ‘#DailyhuntHaiNa’. The campaign reaches out to the millennials across Bharat, through fresh, young and quirky videos using humour to connect with them to highlight core benefits of Dailyhunt.

While previous campaigns such as #HarBhashaEqual and #KhudKiSochBanao focused on linguistic diversity and inspired the audience to form their own opinion, respectively, the current campaign focuses on the young and fresh nature of the brand and its young audiences.

The multi-channel campaign, comprising six TVCs, digital, radio and outdoor, brings alive various features of the app and how they benefit the user. The first three short films of the campaign highlight the USPs of Dailyhunt through situational humour. Umang Bedi, President, Dailyhunt, said, “We want to create a brand identity for Dailyhunt, which resonates with our target audience’s identity as well — fun, quirky and humorous. The idea behind the campaign was to connect with the millennials (18 to 30 years, across Bharat) and get them hooked on to the unique benefits of Dailyhunt. To also do it in a 15-seconder without dialogues was super cool from the team.” Amit Akali, Managing Director and CCO, What’s Your Problem, said, “After owning the elections through the ‘Tota Mat Bano’ campaign, we wanted to be ‘always on’ in the consumer’s mind. The idea was to identify the key benefits for the consumer. Since the target audience is young India, we were clear the creatives had to be relatable to them, while being edgy enough to stand out. Plus we had to do this in 15 seconds. Hence, we took on a slightly cheeky and provocative tone of voice. That, coupled with some crazy scripts, catchy music and sharp comic timing, hopefully ensured that the films and their messaging can’t be missed.”

The campaign has been directed by Prashant Issar (Sippy) and produced by Tubelight Films and it will be run across the country in seven languages across TV, digital and social platforms.

Aggregation of more than 2 million pieces of new content every day (latest updates):

Tags: Dailyhunt What’s Your Problem
Advertisment
More from this section